The iPhone 6 is rumored to come with a larger display than the iPhone 5s — two larger screen sizes, in fact; 4.7-inch and 5.5-inch iPhones are rumored to be making an appearance later this year.

The resolution of these rumored devices are unclear at this point, but 9to5Mac reports that the iPhone 6 will sport an even higher pixel-per-inch count, meaning that the iPhone’s Retina display will be crisper and sharper than ever.

Sources say that Apple has been testing a 1704×960 display for the iPhone 6, and this also confirms that Apple will most likely stick with the 16:9 aspect ratio that it has applied to its iPhones since the iPhone 5’s release back in 2012. 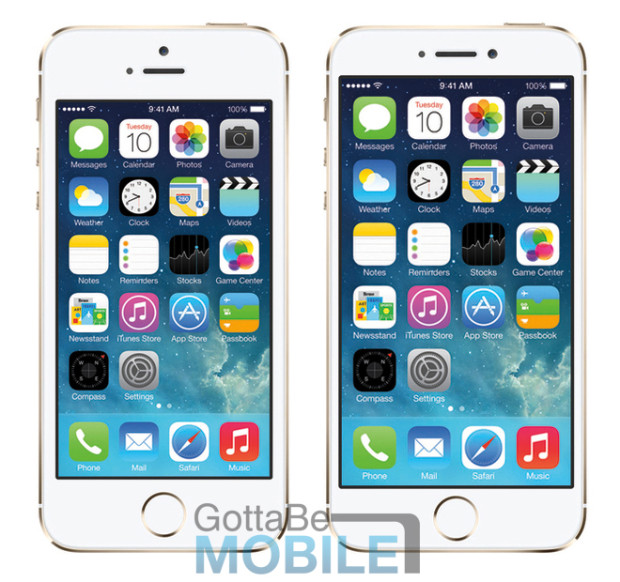 This resolution size is a bit weird, as it veers off from the standards that we know today, like 1280×720 and 1920×1080, but if you think about it, 1704×960 is exactly triple of what the iPhone’s screen resolution originally was back in 2007 when the smartphone first released.

Apple introduced the original iPhone with a resolution of 480×320 (480 pixels down and 320 pixels across). This screen resolution was kept the same with the iPhone 3G and the iPhone 3GS. When the iPhone 4 was launched in 2010, it came with what Apple called the Retina display, since the retinas in your eyes couldn’t make out individual pixels from a normal distance.

This Retina display doubled the pixels exactly from the iPhone 3GS and older, coming with a 960×640 resolution. However, with the introduction of the iPhone 5, things got a bit more complicated, but not by much.

Apple elongated the display for the iPhone starting with the iPhone 5, going from a 3.5-inch screen to a 4-inch display. This also affected the resolution and increased it from 960×640 to 1136×640. This keeps the exact same pixel density, but just adds a few more pixels to make up for the larger display. 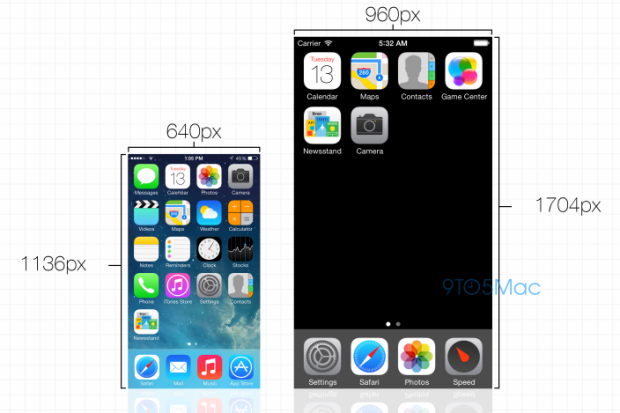 Now with this new resolution that could come to the iPhone 6, 1704×960 is essentially three times the pixels of the original iPhone and a third more than the iPhone 5s and iPhone 5. However, even though the iPhone 6 will probably come with a larger display, this doesn’t mean the pixel density will decrease compared to past iPhones; the screen size isn’t going up by a third like the resolution is, which means that the iPhone 6’s display will naturally be crisper and sharper.

This brings us to another interesting conundrum with larger screens. Will the iPhone 6’s user interface and home screen be able to fit more icons onto one page thanks to the larger screen? Most likely not. 9to5Mac’s sources say that the core user interface elements “will simply appear like larger versions of those functions on the current iPhone display.”

However, sources also note that Apple and third-party app developers will be able to optimize their apps to better utilize the larger screen real estate, like fitting more information into one page.

The iPhone 6 is rumored to launch in September, which is the typical time window that Apple has launched its past iPhones, including the iPhone 5s and the iPhone 5. Although, it’s said we’ll see two new iPhones come fall, both of which will sport larger screen sizes than the iPhone 5s and iPhone 5. A 4.7-inch model is expected, as well as a 5.5-inch unit for those who want a larger display to rival the larger Android devices of today, such as the Galaxy Note 3. 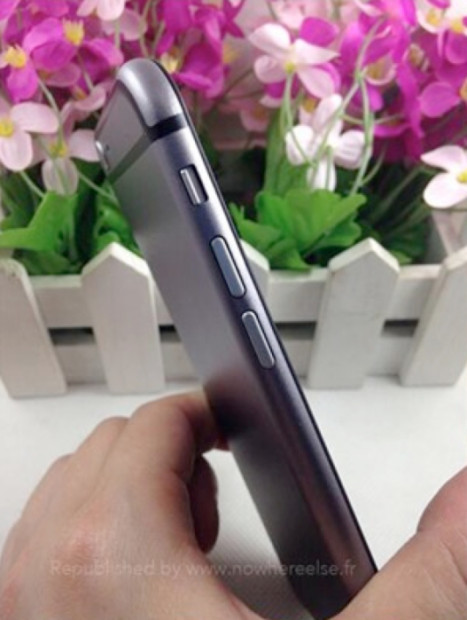 A September launch for the iPhone 6 seems to be the agreed-upon time window for the device’s launch. Analysts and news outlets like KDW Daewoo Securities, Ming-Chi Ku, Nikkei and the Industrial Commercial Times all say that the iPhone 6 will launch in September.

There has been no shortage of iPhone 6 rumors and leaks over the past couple of months, but the overall design of the iPhone 6 is one thing that most of the rumors have in common. According to leaked cases that have been floating around lately, the iPhone 6 could take the shape similar to that of the iPod Touch, with rounded edges that are also present on the iPad Air and the iPad mini. This kind of design choice would make sense if Apple wants to introduce a unified design throughout its lineup of iOS devices.

The button and port layout will most likely remain untouched from the iPhone 5s, but the design looks to be changing a bit. For example, one of the biggest changes we’ll see with the buttons is that the volume buttons might feature an elongated oval shape rather than simple circles. Again, this sort of design would go right along with the iPad Air and iPad mini tablets.