The latest iPhone 6 rumor suggests Apple is planning to connect with a new supplier to add optical image stabilization (OIS) to the iPhone 6 later this year.

A new rumor suggests Apple will partner with a supplier for a iPhone 6 part needed for optical image stabilization, which adds to a patent discovered earlier this year pointing to Apple working on methods of adding this technology to an iPhone.

Competing smartphones like the Nexus 5, LG G2 and Nokia Lumia 1020 offer optical image stabilization as a feature, but it is not found on the iPhone 5s and it is not on the Samsung Galaxy S5.

In a smartphone with optical image stabilization a gyroscope cane help stabilize the image resulting in clearer photos and better looking videos, especially in dark situations or while taking photos from a car.

The video below explains some of the benefits of optical image stabilization in a smartphone, specifically the LG G2. Notice the video performance and the low light performance examples in this video.

In a report on The Motley Fool the publication claims that InvenSense could supply Apple with a gyroscope for optical image stabilization in the iPhone 6. The company would not confirm this report, but we don’t often see any confirmation from suppliers. The patent report comes from the Unwired View in January of this year, pointing to a patent that includes details on how an iPhone could use optical image stabilization and better auto focus.

While Samsung did not include optical image stabilization in the Galaxy S5, the company is making a big deal about the faster auto-focus. The iPhone 6 is one of the most popular smartphone cameras and reliably delivers good-looking photos, but if it could focus better or faster and deliver improved low light performance Apple could push for a further lead in quality. 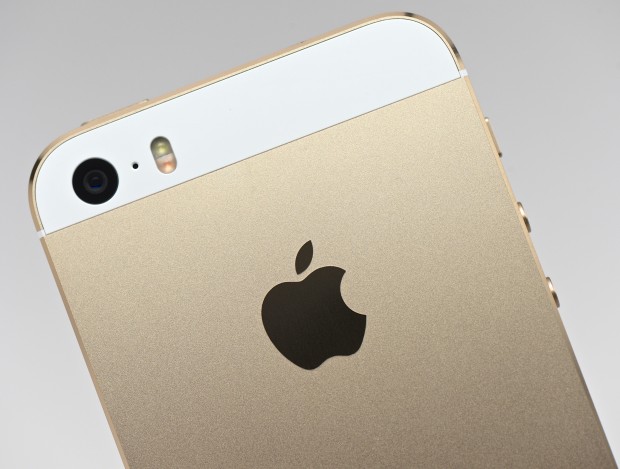 A new rumor suggests Apple could offer optical image stabilization in the iPhone 6 to improve photos.

Other iPhone 6 camera rumors suggest the company is looking to improve quality, but it is not clear what direction Apple will go. One rumor suggests we will see a 8MP sensor with bigger pixels while another suggests we could see an 10MP sensor. For the last several iPhone releases Apple delivered small, but measured improvements, and while this iPhone 6 rumor does not come with a lot of backing evidence, this is the kind of technology that Apple could add to deliver a better looking photo without adding more modes like the competition.

Read: 11 Reasons iPhone Owners Should Switch to the Galaxy S5

The iPhone 6 rumors suggest Apple is planning two screen sizes for a 2014 iPhone with 4.7-inch and 5.5-inch models rumored, complete with higher resolution screens. A recent iPhone 6 leak suggests Apple is planning a much thinner iPhone 6 packing a faster Apple A8 processor that could help enable new camera and iOS features.

We expect to see Apple launch the iPhone 6 with iOS 8. This new version of the iPhone software will likely deliver a refinement to iOS 7 and iOS 7.1 with a focus on health and fitness according to recent leaks. As more information comes out about the new iPhone it looks like shoppers should plan for an iPhone 6 release date in the fall.