iPhone 6 rumors continue to firm up ahead of the iPhone 6 release that’s expected to take place sometime this fall, perhaps, as soon as September.

As we push deeper into the year, we’re starting to hear more about Apple’s supposed plans for the iPhone, a new iPhone release that many are calling iPhone Air or iPhone 6. iPhone 6 rumors continue to tease a number of different features ahead of its launch including tales about its design, display, release date, launch date, camera, processor, and more. And while some of these rumors remain flimsy, others have begun to firm up well ahead of the iPhone 6’s release later this year.

For much of 2014, we’ve seen iPhone 6 rumors point to a new displays. Rumors have centered on two new iPhone 6 display sizes including 4.7-inches and 5.5-inches. If true, it would represent a dramatic shift for the iPhone which was upgraded to 4-inches two years ago and before that, sat at 3.5-inches for a number of years.

While these iPhone 6 display rumors remain unconfirmed, we’ve continually seen rumors and leaks hint at a larger display and today, two new shreds of evidence have emerged that once again help to firm those rumors up.

Sonny Dickson, a well known Apple leak artist and the man who leaked the iPad Air and iPad mini with Retina Display designs ahead of time, has released two new videos that he says show off the iPhone 6 screen. The panel shown in the video offers a glimpse at a display that is 4.1 inches long and 2.36 inches wide.

Dickson places the larger panel over the iPhone 5s to give consumers a look at how the iPhone 6 screen could compare to the 4-inch Retina Display on the iPhone 5s. The size difference isn’t as dramatic as the difference between the alleged 5.5-inch iPhone 6 and the iPhone 5s but there is still a noticeable increase in overall size.

The other leak comes from Nowherelse, a French publication known for leaking Apple parts ahead of launch. The photos show off the iPhone 6’s supposed front panel, in both black and white, and give us a glimpse at how thin the iPhone 6 could be. It also offers consumers a glimpse at the curves that might accompany the iPhone 6 display. 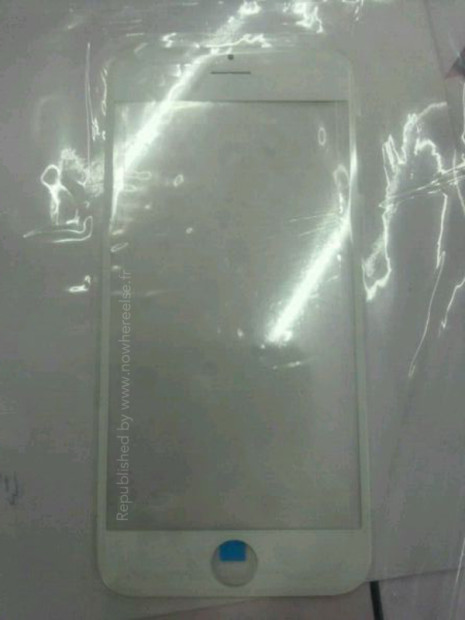 This photo shows what appears to be the front panel of a larger iPhone 6.

While these leaks do not come from Apple, they do line up with earlier iPhone 6 leaks and rumors, and help to add fuel to the larger screen iPhone 6 inferno.

iPhone 6 design rumors point to some massive changes to Apple’s iconic smartphone including a thinner design, new curves that include rounded edges, changes to the buttons including a more rounded volume rocker, sapphire material for the display, and a larger footprint overall thanks to an increase in screen size. 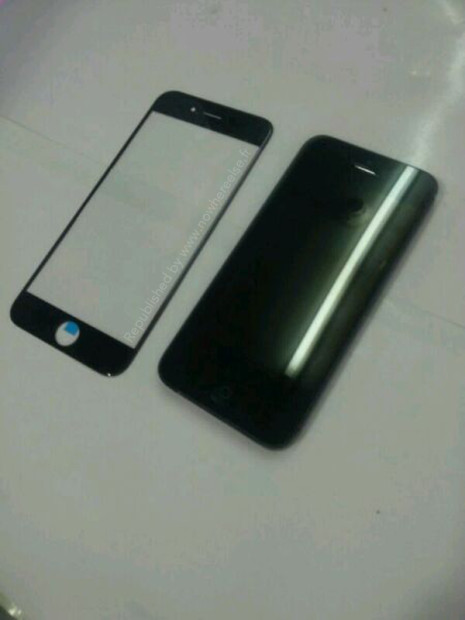 These new photos line up with other iPhone 6 rumors.

Rumors also suggest that the iPhone 6 will feature an upgraded rear camera with image stabilization and a brand new A8 processor that will help with performance and battery life. The larger iPhone 6, the 5.5-inch model, is also rumored to feature 128GB of internal storage space. 128GB rumors have swirled around before so this is far from confirmed.

iPhone 6 release date rumors center around the month of September with the latest rumors pointing to a dual release inside the same month. Sources agree that both devices will, at the very least, be out ahead of the holiday shopping season and September 19th has been thrown around as a possible release date though that, like many other iPhone 6 rumors, remains unconfirmed.