Yes, the iPhone 5s was not even out of the box before we started hearing about the iPhone 6, from the people selling us an iPhone 5s.

It may sound counterintuitive, but it was actually an interesting way to promote the new Verizon Wireless Edge early upgrade promotion.

While going over the traditional upgrade plan and the new Verizon Edge upgrade plan, the staff either noticed the iPhone 5 in our hand, or the game plan was always to talk up the iPhone 6. 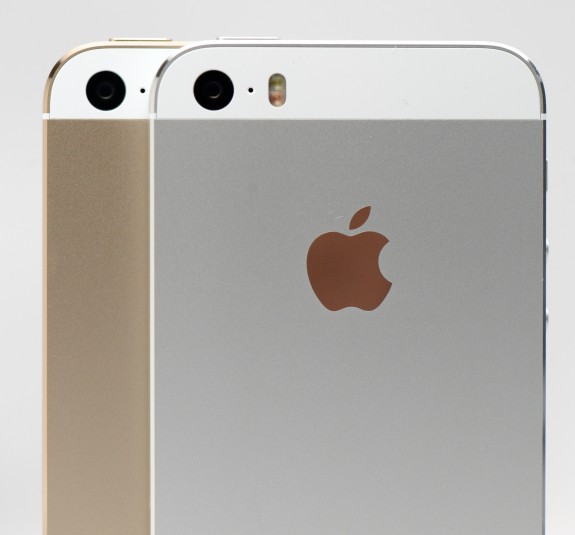 While buying the iPhone 5s, carrier reps couldn’t stop talking about the iPhone 6.

With Verizon Edge, we could upgrade to the iPhone 6 on release day, without a big out of contract fee, even if Apple delivers an iPhone 6 release date six months from now, explained an excited and tired Verizon salesperson.

While these employees don’t know about Verizon’s internal plans, and Tim Cook isn’t yet leaking the iPhone 6 details on Twitter, the iPhone 6 is on the minds of many consumers.

While the iPhone 5s is more popular in search now that Apple confirmed the name, it is still popular among buyers who are looking for an iPhone with a larger screen.

Multiple rumors point to Apple testing an iPhone 6 with a screen between 4.8-inches and 6-inches, and Apple’s own website even listed an iPhone 6 in early September, but this year consumers got an iPhone 5s and iPhone 5c.

The iPhone 6 release date isn’t expected until 2014, and the exact timing changes depending on who you believe. We are hearing reports that Apple is planning a fast iPhone 6 release, in early 2014, which would time up well with the 6-month bottom limit on a Verizon Edge plan, as well as iPhone 6 release date predictions in June 2014 and later. Like any iPhone rumor, the farther away from a release, the harder it is to nail down the details.

What we do know is that there is a clear demand for phones with large screens including the HTC One, Samsung Galaxy S4 and the super-sized Galaxy Note 3 to name a few. Many of the users who are leaving iPhone for Android are doing so for larger screens, which deliver a better multitasking experience, a better display for movies and TV shows and enhanced productivity.

An iPhone 6 prototype with a 4.8-inch display was reportedly spotted last December and the Wall Street Journal claims Apple is working on an iPhone with a screen between 4.8-inch and 6-inch screen, with the 4.8-inch design in the running for a new iPhone in 2014, which would carry an iPhone 6 name based on Apple’s previous naming convention.

In many lines this morning iPhone 4 and iPhone 4s owners upgraded to an iPhone 5s with LTE and a larger (for them) display, but Apple’s 4-inch screen size is too small to interest a growing part of the smartphone market.