Apple’s brand new iPhone 6 and bigger 5.5-inch iPhone 6 Plus have been arriving to eager buyers for the past week, but this morning some surprising bad news surfaced. Apparently iPhone 6 owners are experiencing bent phones.

Multiple reports have started to surface from all around the web that both the iPhone 6 and iPhone 6 Plus (more so the Plus) are bending in users pockets, with out any added force or unusual activities. Simply due to possibly a poor design, thin aluminum materials, or because of the bigger display.

This has caused the internet world to unleash of storm of jokes, funny images, tweets, and of course videos. Rather than the usual water tests, drop tests, or “will it blend” videos we see with a new product launch, bend tests are appearing all over YouTube. We’ve seen a few with terrible results, showing iPhone’s that bend way to easy, but what about the competition? How does the 5.7-inch Samsung Galaxy Note 3 handle bend tests? Read on to find out. 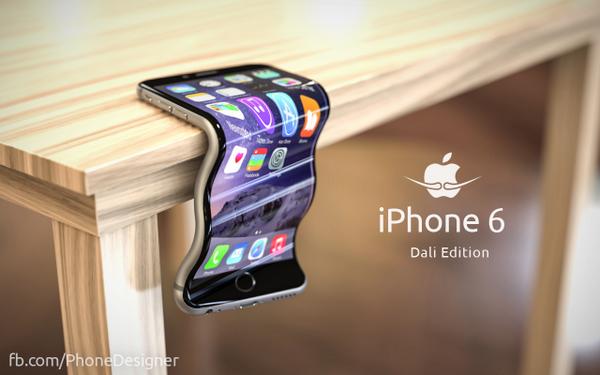 Samsung was the first mainstream manufacturer to release smartphones of such a big size. We’d seen a few in the past from Android manufacturers, but the Samsung Galaxy Note started the “phablet” trend. Over the past few years each new release has received a bigger display, better features, and new things to offer potential buyers.

The new Galaxy Note 4 won’t be available in the United States and around the globe for a few more weeks, so for now we’re starting to see these same “bend tests” for other phones. In an attempt to see if this is truly a problem for Apple, or if out of the over 10 million iPhones sold just a few users are experiencing problems.

Could the iPhone 6 and 6 Plus really be that weak? Does Apple have a serious problem on their hands (lets not mention the iOS 8.0.1 update woes)? We’re not sure. This could be an isolated problem, but at least one YouTuber made a video comparing the Galaxy Note 3 to the iPhone 6 bend test.

While the iPhone 6 and iPhone 6 Plus are both smaller than the large Galaxy Note 3 5.7-inch display, they’re bending extremely easy. So how does Samsung’s flagship Note 3 handle the same pressure? Let’s see:

The guys behind the popular YouTube channel Unbox Therapy posted a quick iPhone 6 Bend Test, and the video above is the successor to that comparing it to the Note 3. Watch it for yourself.

It’s extremely clear which device is the winner here. They applied extreme force to the Galaxy Note 3, more than the iPhone 6, and there’s very minimal results. It’s not bent one bit, but some could argue there’s a tiny tiny curve if you’re really going to be picky. But lets face it, this is an Apple problem. One that Samsung isn’t experiencing on its large Note 3. This is officially #bendgate, which is trending around the world right now.

iPhone 6 bending is a serious problem for new iPhone 6 owners, or could be at least. This news has just started to surface and appears to mainly be happening on the iPhone 6 Plus, but with a similar overall design the regular 4.7-inch iPhone 6 could be acceptable to similar problems. Don’t worry though, because we have you covered.

All jokes aside, the iPhone 6 is less than a week old and has already sold well over 10 million handsets. So while this could be a major problem that leads to a recall, it could also just be isolated to a few who weren’t careful with their new smartphone, and has since blown up on the internet.

We’ll be monitoring this closely over the coming days, but in the meantime if you bought an iPhone 6 and don’t want it to bend, you might want to snag a case from our link at the top of the page. A case can protect your device by adding extra protection and rigidity.