With the iPhone 6 release date finally here and the Galaxy Note 4 release confirmed for October, consumers are sizing up the two big screen smartphones ahead of their arrival. While we can’t make that decision for you, we can provide you with details that could help to make you come to a quicker and perhaps, a better decision. This iPhone 6 vs Galaxy Note 4 comparison addresses the most important differences, and similarities, that buyers need to know.

The star of the show though was arguably the new Samsung Galaxy Note 4, Samsung’s Galaxy Note 3 successor and a device that’s poised to strike in the United States in October. As expected, the Galaxy Note 4 is a tantalizing flagship smartphone and one that should be tempting for those looking to grab a high-end, big-screen device. 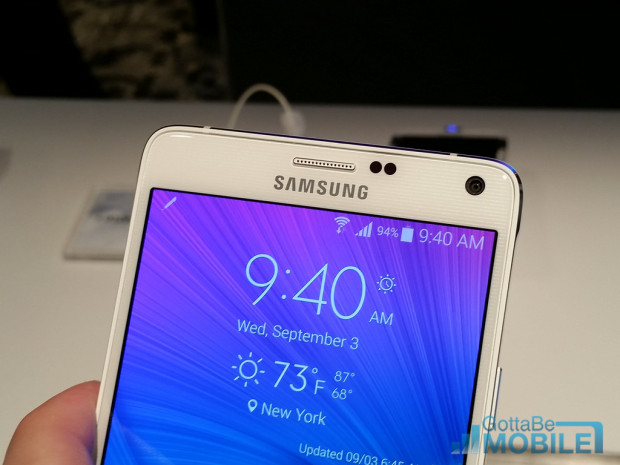 This year is a little more complicated though. On September 9th, Apple unveiled two new iPhones that both feature larger screens. The 4.7-inch iPhone 6, along with the iPhone 6 Plus, will replace the iPhone 5s as the company’s new flagship smartphone options. While the iPhone 6 doesn’t have a massive display like the iPhone 6 Plus, it will still be a device that consumers will be taking a look at this fall.

The iPhone 6 release date is today. Today, Apple and its carrier and retail partners in the United States and select other regions released the iPhone 6 to lines and enthusiasm from Apple customers. As expected, the iPhone 6 Plus is a little difficult to find though we’ve heard that the smaller iPhone 6 stock is much healthier.

Its supply issues haven’t been nearly as bad as the iPhone 6 Plus and we’re expecting iPhone 6 shipping times and stock to remain much better than those for the iPhone 6 Plus. Some models might be difficult to find, the 16GB model in particular. The important thing though is that you can now go hands on with Apple’s brand new iPhone, something that will be vital in your hunt for your next smartphone.

AT&T, T-Mobile and Verizon confirmed the Galaxy Note 4 release date for October 17th, or, a little over a month from now. Expect that date to remain concrete as we move forward. AT&T and Verizon are currently taking pre-orders for the Galaxy Note 4. T-Mobile will start taking them on September 24th and Sprint will take them on September 26th. It’s not clear if U.S. Cellular will take them or not. AT&T, Sprint and Verizon will all be charging $299.99 on-contract, or, $100 more than the base 16GB iPhone 6 model.

What this means is that you probably won’t be able to physically compare the two for at least a few weeks as Samsung works to deliver the Galaxy Note 4 to regions and carriers around the world. 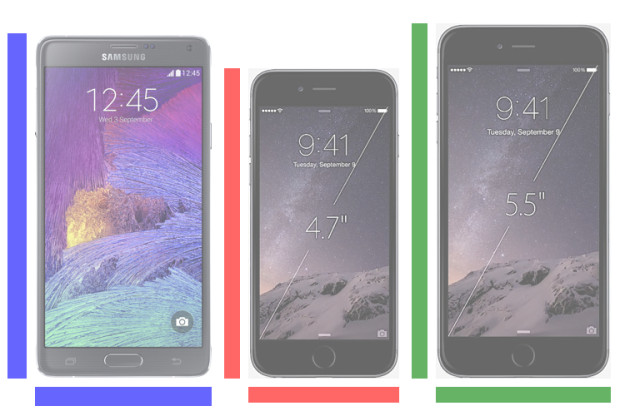 The Galaxy Note 4 is taller, wider, thicker, and heavier than the slim and svelte iPhone 6. These differences are going to be tangible especially when using the phone with one hand or trying to store your phone in a tight jean pocket. The iPhone 6 is much more pocketable and far easier to use with just one hand.

Both displays are big but the Galaxy Note 4 provides far more real estate for gaming, browsing the web, and more. Again, that comes with a cost which is its overall size. One thing to keep in mind though is that Samsung’s Galaxy Note 4 sports a higher resolution. 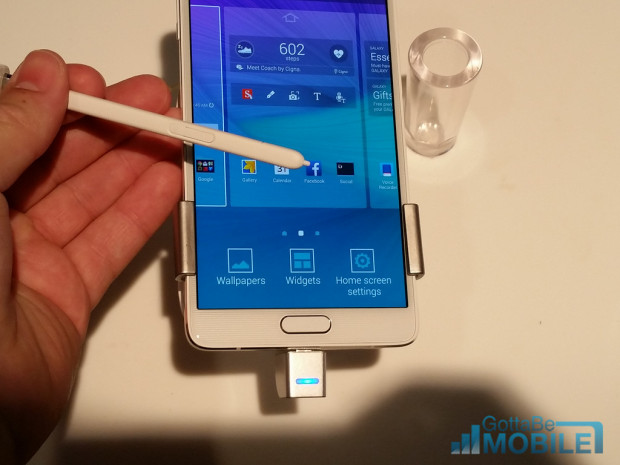 This doesn’t necessarily mean that it’s going to blow the iPhone 6 display out of the water but it does mean that it will be able to keep pace with Apple’s new Retina HD display. DisplayMate, one of the leading voices on display technology, calls the Galaxy Note 4 display the best they’ve ever seen.

The Galaxy Note 4 will feature Optical Image Stabilization with its camera, technology that minimizes shakiness to deliver better looking photos and video. The iPhone 6 Plus has OIS but the smaller model does not.

We should point out that Samsung has added a ton of new features to its popular camera application including new models for selfies. Apple has also improved its camera app with iOS 8 though it still doesn’t offer the same amount of choice. 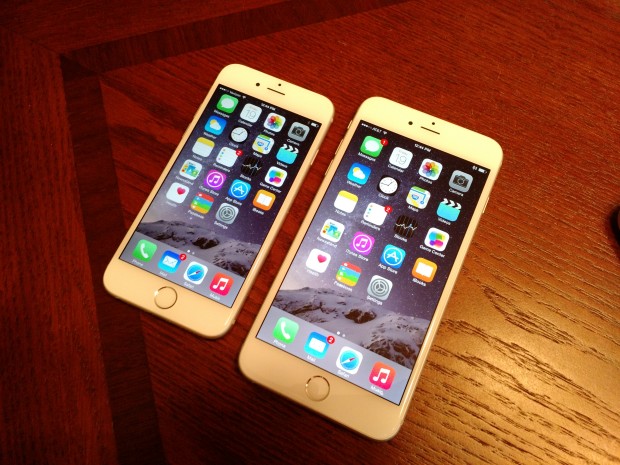 The Galaxy Note 4 and iPhone 6 both have large batteries. However, the Galaxy Note 4 has a removable back which means that users can easily replace the stock battery with an extended one. This is something that iPhone 6 users cannot do.

The iPhone 6 comes stock with Apple’s iOS 8 software, seen in the video below. iOS 8 is much different than the software found on the Galaxy Note 4 and because of that, software is going to play a key role in your final decision.

Samsung’s Galaxy Note 4 runs Google’s Android 4.4.4 KitKat operating system as a base though the software has been modified with Samsung’s TouchWiz user interface. And not just any version of TouchWiz, a version that’s designed for the S Pen and mulitasking in mind.