The iPhone 6s will no-doubt be an improvement over the current iPhone 6, but the Touch ID sensor will be a focus point for Apple, as it’s said that the company will look to improve the accuracy of the fingerprint sensor.

According to KGI Securities analyst Ming-Chi Kuo, Apple is prepared to improve Touch ID in order to make the experience better with fewer scanning errors. Ever since the release of the iPhone 5s, users have been having issues with the Touch ID sensor, saying that it’s success rate isn’t that good and it takes a while to finally scan your finger.

One quick way that some users have been able to temporarily fix the problem has been to reset Touch ID and rescan their fingers. That has usually remedied the issues, but sometimes the problems will eventually come back.

It looks like Apple plans to fix this and will introduce an updated Touch ID fingerprint sensor in the iPhone 6s. However, Kuo notes that the Touch ID sensor won’t be integrated into the touch screen this time around, as it will remain integrated into the Home button still, even though Apple has patents on touch screen fingerprint sensor technology. 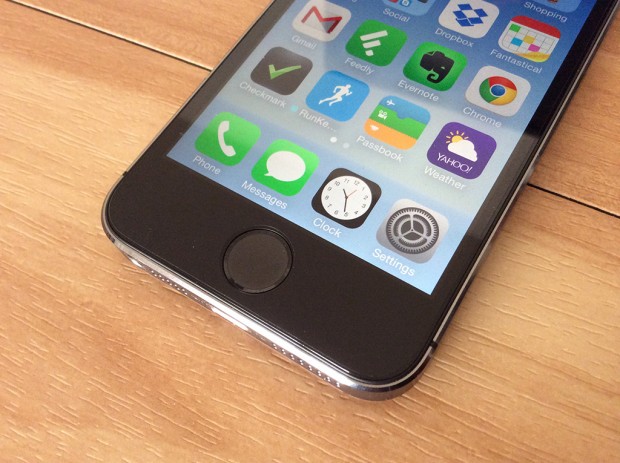 Touch ID on the iPhone 6s could see some big improvements.

While Touch ID is mostly seen as a fantastic security feature for iOS devices, Apple has actually really only marketed it as a convenience for the most part, allowing users to simply scan their fingerprint instead of dealing with passcodes and passwords every time they want to unlock their iPhone or purchase something in the iTunes Store.

Plus, iPhone 6 users can use Touch ID to quickly authorize payments through Apple Pay at retail stores or in some shopping apps.

As for the iPhone 6s itself, we’ll most likely see it arrive later this fall in September, and it’s no doubt that the device will be an improvement over the iPhone 6, and that’s likely a big reason why people upgrade — a faster iPhone means a better experience overall.

So it’s not surprising when rumors suggest that the iPhone 6s will sport Apple’s next-generation A9 processor. Perhaps what’s better than that is rumors also suggest that the new iPhone will come with twice the memory as the current iPhone 6.

Furthermore, according to multiple reports in the past, the iPhone 6s could include a dual-lens system that allows for better image quality overall.

Rumors also point to a glasses-free 3D display, similar to that of Amazon’s Fire Phone. A 3D display without needing 3D glasses is certainly possible, but from what we’ve seen from the Fire Phone, users aren’t that excited about 3D screens anymore, especially on a smartphone.

While we would advise users to take this rumor with a huge grain of salt, 3D display technology is something that Apple has played around with, in the form of iOS 7’s Parallax Effect, which is a feature that provides the illusion that the screen is in 3D.

On top of that, it has also been rumored that Apple could switch to OLED displays and introduce a screen similar to the Apple Watch, with “Force Touch” coming to the iPhone 6s.

On the Apple Watch, Force Touch is a display technology that gives users the power to initiate different tasks based on how hard or lightly they press down on the screen. For example, a hard press could bring up a menu, while a lighter tap could select an item. It’s a lot like how a computer mouse works, with left-click and right-click, and we could easily see this type of display technology come to the iPhone at some point.