Apple had a busy morning today with its announcement of the new iPhone 6s and 6s Plus, along with a new iPad Pro tablet, Apple TV, iOS 9 and more. Now that we know everything and more about Apple’s new 4.7-inch smartphone, here’s how the iPhone 6s compares to Samsung’s Galaxy S6.

In March Samsung announced its replacement for the Galaxy S5 and a device aimed at taking down the iPhone 6, and that’s the Samsung Galaxy S6. It was released in April and has a big lead of five months over the new iPhone 6s. That said, these are the two most popular smartphones on the planet, ones that most buyers are likely considering.

It wasn’t until last September that Apple finally embraced big screens to take on Samsung, the company who’d been stealing many of its customers. They gained a lot of them back with the 4.7-inch and 5.5-inch iPhone 6 and iPhone 6 Plus, but now something better is here aimed at stealing even more Samsung users and bringing them to the Apple side. Read on for a few key things that separates these two popular phones. 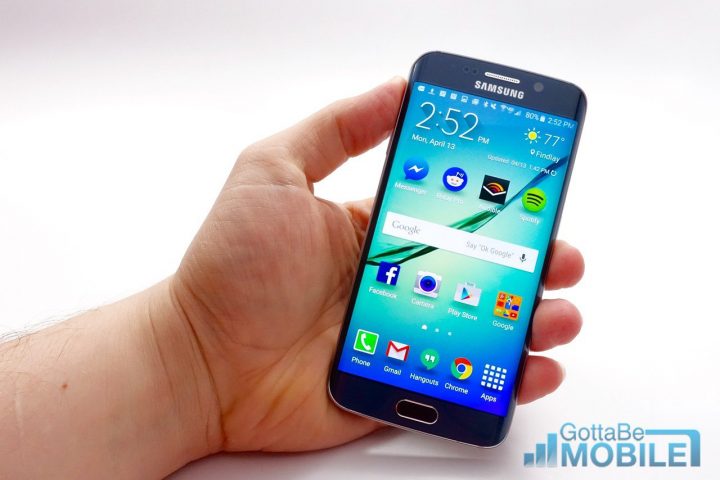 Apple’s popular and bigger iPhone 6 has been fighting the Galaxy S5 and the new Galaxy S6 for quite some time, but now Apple’s issued its latest response to Samsung, and hopes a newly improved iPhone 6s can do the job. It looks exactly the same as last year, as expected, but delivers tons of improvements that could be worth it for some.

As expected, Apple continued its typical 2-year release cycle, and the new iPhone 6s Plus looks look identical to last years models, but inside everything has changed for the better. Apple beefed up the internals, added a faster processor, and improved the camera in a way that could have them taking back the crown of best smartphone camera. It now has a 12 megapixel iSight camera. There’s a lot to consider, and below are a few of many important areas for prospective buyers.

Read: iPhone 6s Plus vs Samsung Galaxy Note 5: What to Know

This year Samsung finally delivered a device that could truly 100% compete with, and beat Apple, making the choice harder than ever for consumers. This year things are really getting tight. Apple added bigger screens, and Samsung finally delivered a premium device made of glass and aluminum, similar to iPhone and HTC. Apple’s new iPhone 6s and Samsung’s flagship Galaxy S6 are two really great phones, phones that millions of people will buy. Here’s what you need to know about both.