Is the iPhone 6s waterproof? Apple doesn’t boast about this new feature, but tests show that the iPhone is more capable than the iPhone 6 when it comes to playing in water.

You’ve probably seen it: a Facebook post with someone complaining about dropping their iPhone in a bath / toilet / puddle / sink, followed by a prayer that this rice trick they read about on the internet really works. For those unenlightened, it’s commonly bandied about that putting your phone in a bowl of rice will rescue it from its accidental bath. Does it work? Probably not as well as you might hope — but there are steps to save your iPhone from water damage.

In recent years, we’ve seen Android competitors like Samsung and Sony go all out and add substantial waterproofing to their phone lineups, while Apple refused to do anything that might compromise their phone’s design. 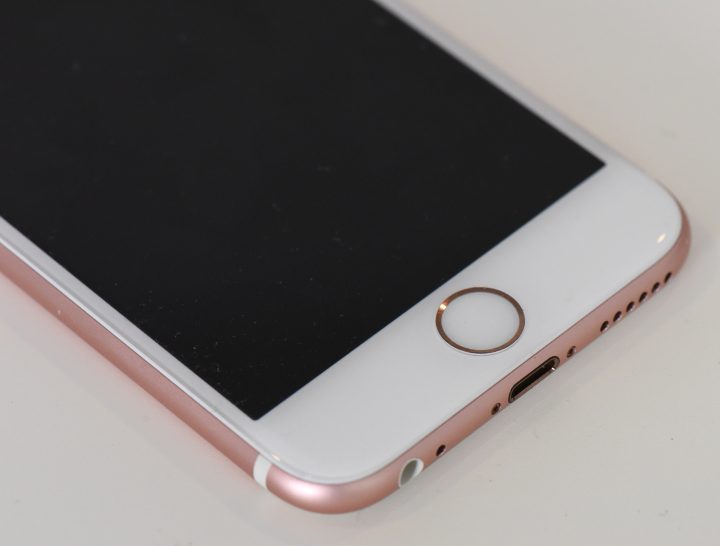 This year’s release of the iPhone 6s and iPhone 6s Plus might have seen some change in that direction, however, according to a few videos on YouTube. Torture testing, as cringe-worthy as it is, has become an annual event as soon as the new iPhone hits retail availability. Keys and knives go to town on both the aluminum back and Gorilla Glass display; the phones are dropped, crushed, bent – you name it – and all of it is filmed for the pleasure and distress of fans everywhere.

Just like last year, the first day the iPhones came out saw people commence testing, including seeing whether the phones could handle both a little – and a lot – of exposure to water. While most of us won’t need to worry about whether our phones can survive a fall in the sink, it’s does make for a compelling video.  Last year, a number of people looked to see whether the iPhone 6 or iPhone 6 Plus could survive total immersion into a bowl of water, and the results weren’t so hot. After just a few seconds, or sometimes up to a couple of minutes, the iPhones stopped working, usually permanently.

For those of you prone to water damage, it wasn’t good news. Fortunately, the new iPhone 6s and iPhone 6s Plus seem to be bucking the trend.

YouTube channel TechSmartt put up a video showing what happens when you submerge the new 6S Plus in a bowl of water, and the results were surprising. Instead of petering out after a few seconds, or even a few minutes, the 6S Plus held out for half an hour – much longer than most people need to get their phone out of whatever terribly wet spot they’ve placed it.

YouTube user Zach Straley performed his own similar test with both the iPhone 6s and the iPhone 6s Plus, only this time around the phones were left in a bowl of water for around an hour. At the 45 minute mark, they were taken out to test for functionality, and both appeared to be working fine; they were then placed back in the water to ride out the hour. A few days later, Straley posted an update video that showed the devices in (almost) perfect working order, with the only defect a slight diagonal artifact across the iPhone 6s display. All in all, not too bad for an hour underwater.

Meanwhile, iDeviceHelp went even more extreme by putting the iPhone 6s Plus in a pool.  While the pool environment is already harsher on a phone thanks to the addition of chlorine and other chemicals, the video punishes the phone by sending it four feet underwater.  After just a minute or two, the phone starts to have issues like a fading screen; soon it grows hot, and is completely unresponsive. A couple of hours later, the phone appeared to be permanently dead. It’s not too surprising to see the phone suffer after a test like this; after all, the water pressure at the bottom of a pool is nearly eight times higher than a bowl filled with six inches of water.

So, did Apple secretly waterproof the iPhone 6s and iPhone 6s Plus? It’s looking increasingly like the answer is yes. Waterproof is maybe too strong of a term – after all, the iPhone didn’t survive is pool encounter – but it’s clear the company has substantially improved the water resistance of this year’s iPhones.

iFixit, known for flying to New Zealand every iPhone release day and releasing teardown videos of the new model, might have found the secret to the waterproofing mystery. This year, the repair guide company found new adhesive strips around the edges of the display and other areas of the 6s. In addition to last year’s addition of rubber gaskets around the power and volume buttons, these adhesive strips could be why the 2015 iPhone lasts so much longer in water than its last iteration.

While we don’t suggest you run out and test your new iPhone in whatever liquid is handy, this news does bode well for keeping safe what for many of us is an extremely expensive purchase. It also shows that Apple is taking the durability of their iPhones under serious consideration; it’s not too surprising to see Apple make such a move the same year that they introduce a yearly upgrade program that requires returning your phone each year. Perhaps next year we’ll see the company actively tout waterproof features on stage?