If you’ve ever used an iPhone application on the original iPad or the iPad 2, you’d know that the experience isn’t all that great. The applications look grainy and they are especially terrible looking when put into 2X view. Fortunately, this is not the case with the new iPad as Apple has added Retina Graphics support for iPhone applications in both 1X and 2X.

While using an iPhone app on the iPad is still not an optimal experience, they still look incredibly goofy, the Retina Display-resolution at least makes them easy to look at. Before, the applications looked extremely blocked and pixelated. That was because they were at a 480 x 320 resolution.

They are now at 960 x 640 in Windowed Mode and the pixels are doubled to fill the screen.

We just went in and confirmed that this is the case and you can see the examples below when using the Wells Fargo mobile app in 2X view. 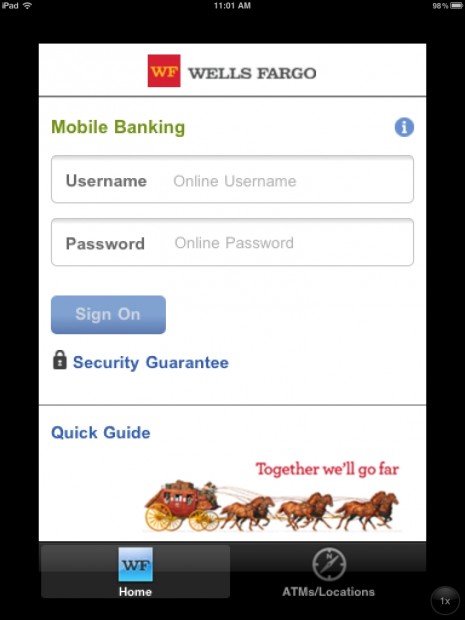 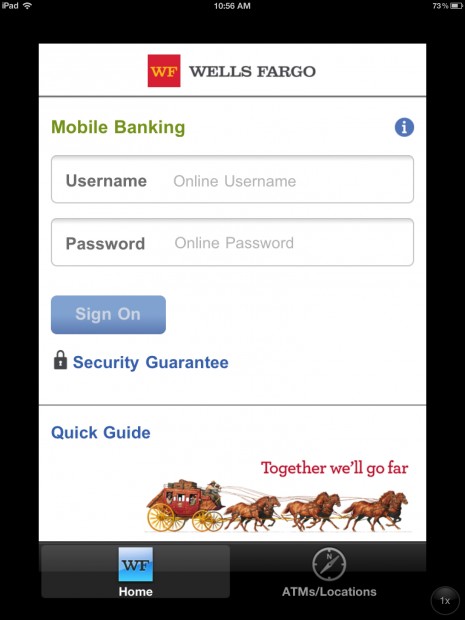 TouchArcade shows off some more examples of the difference and in some cases, it appears that the iPhone applications look as good as some iPad apps on the previous generations of Apple’s tablet.

However, there still are some applications that aren’t yet optimized for the iPad, Wells Fargo’s application being an example, and it’ll be nice to look at a great looking  iPhone app when and if I want to open one up.