The latest Samsung Galaxy S5 ad mocks iPhone battery life problems that force many power users to charge up in odd locations like the bathroom, floor and more. The ad also features owners hoping the new iPhone has a bigger battery, and then shows the Galaxy S5 Ultra Power saving mode that stretches 10% of battery life up to a full day.

Samsung and Apple are fighting for the same smartphone buyers and Samsung is back at it with a new Galaxy S5 ad that makes fun of iPhone users constantly charging their devices. It’s not a new complaint against the iPhone, and it is one of the most common iPhone problems we hear about after updates, but it is well-timed.

Interest in the new iPhone 6 is on the rise as we shift into summer and the rumored iPhone 6 release is less than 3 months away. In the ad Samsung shares a conversation between iPhone charging strangers, hoping for a new iPhone with a better battery.

Check out the Galaxy S5 ad Wall Huggers in the video above to see Samsung’s latest attack on Apple. The one-minute ad will air in parts on TV in the coming weeks, as Samsung hopes to convince many users to switch from iPhone to the Galaxy S5 or simply to buy the Galaxy S5 as their first smartphone. Here’s Samsung’s argument against the iPhone 5s and the new iPhone.

There they are. Clustered around power outlets, near the recycling bins, stained carpeting and bathrooms.

Tethered to the wall. Denied the freedom to enjoy even the most basic things. Like grabbing a drink, or sharing a laugh with your coworkers. or sitting with someone you know.

iPhone Users: Says the new iPhone’s coming out soon. Hope it has a better battery. Totally.

You’re stuck here until your battery says so.

iPhone User: I gotta plug in. You coming?

iPhone User: Are you Changing your Battery?

iPhone User: Is that the new Samsung?

Don’t be a wall hugger. Get Ultra Power Saving Mode and interchangeable battery on the Samsung Galaxy S5. The next big thing is here.

The video shows users camped out all over an airport, which is where many iPhone owners find their device runs short on juice, just like many Android users, but Samsung offers two solutions. 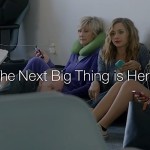 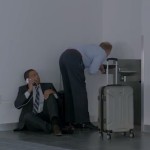 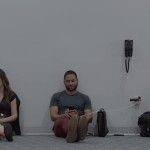 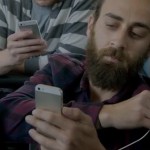 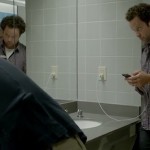 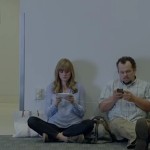 Heavy use can still drain it faster, but users can access the internet, camera, phone and apps and keep using the phone for quite a while. 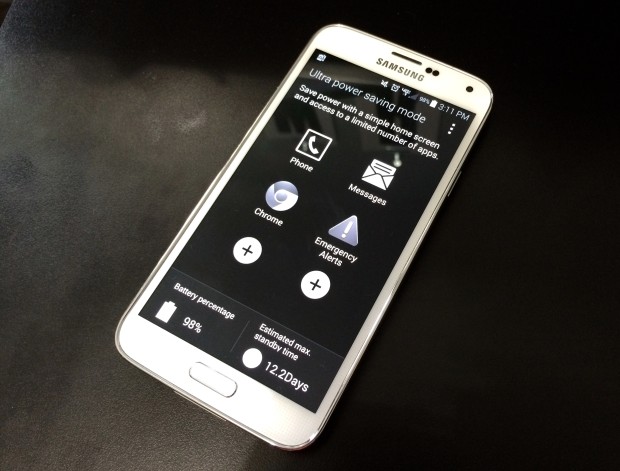 Samsung also drives home the ability to replace the Galaxy S5 battery on the go with a spare battery. Just pop the back off and slide a new battery in. iPhone users can’t do this exactly, but there are iPhone battery cases that let users charge while on the go, and avoid being a wall hugger.

The Samsung Galaxy S5 arrived in April 2014 to compete with the iPhone 5s that Apple released in September 2013. Despite the age difference both are among the best smartphones on sale today. The iPhone 6 should arrive this fall to take on the Galaxy S5 with a new design and a 4.7-inch display.