Trivia Question: What is the world’s number one camera? According to geekaphone, that award goes to the iPhone. The infographic created by the site, which lists a lot of interesting evidence promoting their claim, actually says the iPhone 4 camera is second, but when combined with the other iPhones, the iPhone jumps ahead.

Does the Evidence Support the Claim

The point geekaphone is making is that the iPhone 4 has a serious camera that compares nicely to a high end DSLR like the Nikon D90. They offer a lot of reasons for this including the growth of Apple’s camera products compared to Nikon and Canon. The section shows a graph saying that Appple’s product sales have grown 325%. That is not exactly an apples to oranges comparison. Another part of the graphic uses Flickr as a gage. The problem is it shows that the Nikon D90 is actually the most popular camera. The graph ranks the cameras used to shoot pictures on Flickr. More photos were shot with Nikon’s DSLR with the iPhone 4 coming in a close second. The editor of geekaphone states that this infographic is referring to the iPhone overall, rather than just the iPhone 4. 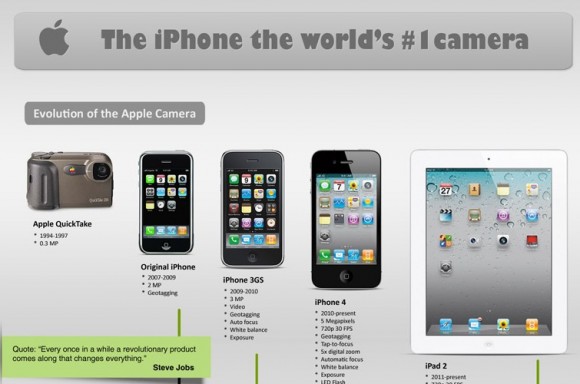 The Cost of an iPhone v. Gadgets Needed to Replace One

The geekaphone infographic covers the history of Apple devices with cameras in them. I never knew that Apple actually made a regular camera.

They also compared to the cost of the iPhone with all the accessories that one would need to replace one. They include things like …

We get the point geekaphone is making, even if we think we could find equivalent products for less money. Taking their figures, an unsubsidized iPhone 4 costs $799 for a 32GB model versus $1725 for all those gadgets. Even if we could find comparable gadgets for half that, it is still far more convenient to carry just one device like your phone.

The part of the graphic we really like is the guide for what situations are best to use an iPhone, a DSLR or a compact camera. For example, at a party the iPhone is the best choice because the DSLR can’t withstand barf. Not sure an iPhone or compact camera would fare any better, but you see that it is a mix of serious and fun.

The above infographic is part of a detailed series on using the iPhone 4 as a serious photographic tool. They compared the device to Digital SLRs and talked about the best photo effects, sharing tools, and they also reviewed apps and accessories for iPhone photography. We wholeheartedly agree that the app Camera+ ($.99) is a great addition to anyone’s iPhone photography arsenal.

The above mentioned gallery contains some of what one can do with the camera given the time and inclination. That gallery alone is worth your time just to peruse the beautiful photography. 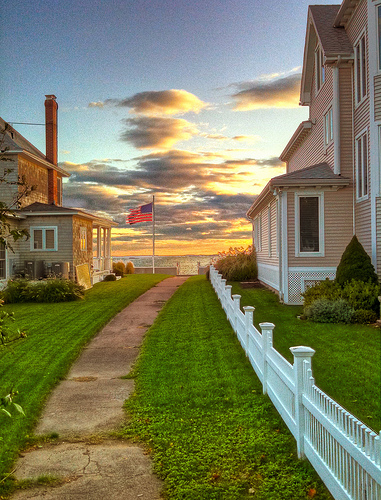 On an African Safari, at my child’s high school graduation, or in the woods getting nature shots, I’d still much rather have a Nikon D90. But when I don’t have my brand new Nikon D3100 with me, my iPhone 4 does a good job. Thanks to geekaphone, I feel a little more inclined to try and get some good pictures and video with it.