For iPhone users who need a little more than the average protection, let me share three iPhone cases that protect the iPhone and user alike.

One case doubles as a stun gun while the another includes pepper spray. The third case includes brass knuckles, mostly for show but could do some hard if necessary.

The Yellow Jacket iPhone stun gun case gets its name from the sting of yellow jacket. This invention listed at indiegogo, a Kickstarter clone, promises to not only house the iPhone in a thick shock absorbing case, but also shocks would-be attackers with 650,000 volts. The case’s battery powers the stun gun and gives the user an extra 20 hours of standby time. 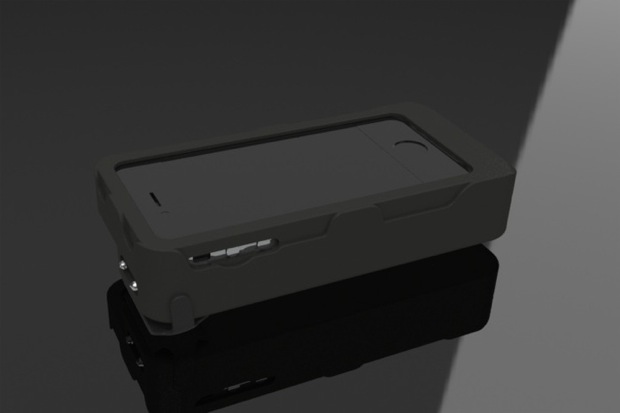 The electrode that pushes the volts into the attacker has a cap to cover it so users don’t accidentally shock themselves. The user switches on the gun and rotates the cap off the electrode. The makers promise the average user can do this in a second or less. 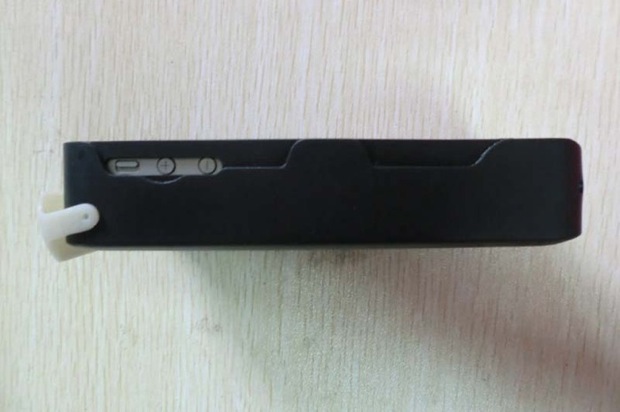 The phone has a housing that covers phone and a rubber sleeve that protects the housing. The rubber material protects the user from stray volts and keeps the housing and phone safe from drops. They promise it will compare to an Otterbox case in size and weight, which means it’s big and bulky.

Just like Kickstarter, potential backers through indeagogo can pledge between $85 for one case and up to $10K for 100 cases, if one wishes to become a reseller. Backers also get a t-shirt.

The second personal protection case doubles as a pepper spray canister. The Swiss maker Piexon came up with The SmartGuard iPhone 4/4S case. It houses a red pepper spray along the right side of the iPhone case. The pepper spray dispenser comes off so the user can shower the attacker with pepper spray to defend him or herself. 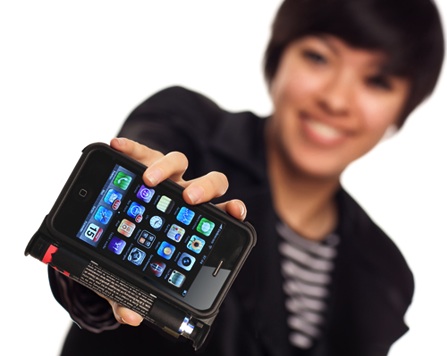 The spray canister will shoot up to 5 feet in bursts of 6.5 seconds. When it sits in the iPhone case the canister remains locked for safety. It costs $34.50 at Sabrered.

For people who like to go hands on with their personal defense, the Nukles iPhone case offers a brass knuckles attach to the iPhone. Designed mainly as a fashion accessory, this case might do some damage if the user gets the metal version instead of the plastic.

The case houses the iPhone in a metal case with four knuckle rings. They machined it from a single blockof metal so it should solidly bust the face of an attacker. 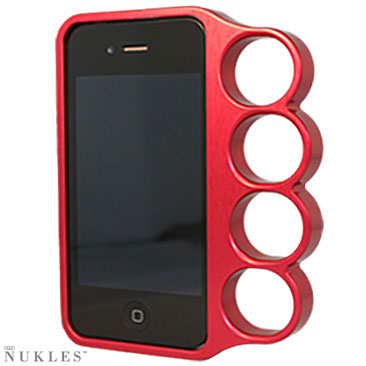 The phone slides into the case and a back plate covers the glass back of the phone. The metal cases start at $154 making them the most expensive option in this roundup.