It is now illegal to unlock an iPhone in the U.S. without carrier approval for phones purchased after January 26th, even if the iPhone is out of contract.

Unlocked iPhones and unlocked phones are still legal, in fact many carriers will unlock the iPhone after a contract is complete, or under other conditions and users can buy an unlocked iPhone direct from Apple.

What’s changed is the DMCA no longer offers an exemption for users to go around their carrier to unlock the iPhone or another smartphone to use on another carrier’s network. 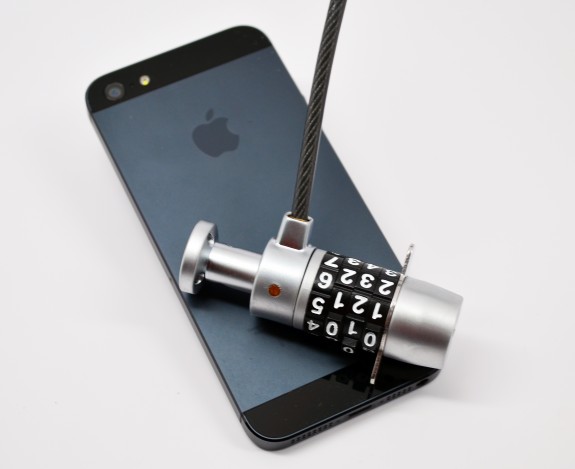 Carriers are undoubtedly happy the rule is in place because it prevents subscribers from buying a subsidized smartphone at a cheaper price and then using it on another carrier. The money made over the two-year contract is why carriers offer cheaper, locked phones.

In the case of the iPhone, users can expect to save about $450 by purchasing a subsidized iPhone locked to AT&T.

What Kind of Penalties Exist?

The average user who uses an illegal unlock service can face penalties of up to $2,500 according to the civil portion of the ruling. The fine is based on the carrier damages and profit the user made if they sold the unlocked phone, or the $2,500 fine. The EFF doesn’t expect RIAA style mass lawsuits against consumers who choose to unlock their iPhone. Though it warns that the threat still looms.

Damages are greater for users who unlock iPhones illegally for commercial purposes. These individuals or businesses can face fines up to $500,000 and up to 5 years in jail according to the CTIA post.

While unlocking an iPhone bought after January 26th is illegal without carrier permission users can still jailbreak the iPhone without worrying about legal consequences.

This is good news as the iPhone 5 jailbreak could arrive as early as Sunday. Unfortunately it is currently illegal under the DMCA to jailbreak tablets like the iPad. Despite this ruling, the iOS 6.1 jailbreak tool will work on the iPad 2, iPad 3 and iPad 4.

What Can You Do?

Users who want to express dissent against the new unlocking rules can sign the Make Unlocking Cell Phones Legal petition on Whitehouse.gov to bring the topic in front of the White House.

Sign the petition to bring cell phone unlocking before the White House.

The petition already features 35,000 signatures, but it needs 100,000 total to get an official response. Users have until February 23rd to sign the petition. Unlike most online petitions, if this one makes it to 100,000 it will go in front of a government official.

According to the latest news, Will Strafach is hopeful about these efforts.