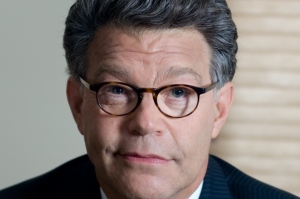 Yesterday we posted about the fact that the Apple iPhone tracks data and keeps it in a hidden file on the phone itself as well as in the backup files that are created when you sync your phone to whatever device you sync it with. As I said then some were pretty upset about this in the ongoing (and probably never ending) tension that exists between those who are concerned about privacy issues and the makers of technology who can create the software and hardware that makes this kind of tracking possible.

Well, many bloggers and media sources, and now at least one Senator, are raising the volume on this story by demanding answers and expressing outrage. All well and good but as I’ve maintained many times before, while the issues are certainly troubling if you’re concerned about your privacy, none of this is new. If the temperature of this story keeps escalating perhaps that will succeed in helping to educate the public about what is possible. But unfortunately, I just don’t see that happening on any mass scale, at least in the USA.

Is there education required? Yes, in my view. We make a lot of choices in life. Many of those choices have privacy ramifications. Long before there were mobile devices capable of tracking data, many of us made choices to join our supermarket or pharmacy’s discount programs where we flash a card at the cash register to save a few bucks when we check out. What we weren’t told explicitly when we made those choices is that the data collected by the supermarket or the pharmacy is sold and resold time and time again for marketing purposes.

We make the same kind of choices when we use a debit card or a credit card. Financial institutions collect data on what we purchase and sell that info as well. The vast majority of folks don’t seem all that concerned that credit reporting agencies gather all sorts of data and sell it to many institutions (increasingly not just financial ones). Unless of course they discover that there is an error in the data.

With the explosion into the mobile world we now live in, I would argue that we’re just seeing an escalation of what we’ve seen before and an easier way for this kind of data to be collected. Note here, that what we know about this current story with the iPhone doesn’t seem to point the finger at Apple for disseminating that data, but the fear obviously is that Apple could do so. The story does, however, point out that law enforcement agencies could have been using this data in whatever investigations they might be conducting. Recent stories about Michigan law enforcement agencies using technology to pull info off of cell phones certainly add fuel to that fire.

The rub from all of this comes out of the fact that technology advances much faster than our thinking about the ramifications does. Be honest with yourself here, perhaps you might have added a social App or a photo App that takes advantage of GPS information or WiFi triangulation somewhere along the line. Businesses are springing up to take advantage of that kind of technological advance and you can search and find all kinds of mapping data for photo collection sites that reveal when and where you were when you took a picture. In fact, it could be argued that a big part of Google’s entire business model (ads in search) is built on these kind of technological advances. The same could be said of Facebook or any number of services that now seem indispensable to so many. And of course, I’m sure Apple, who is in the ad business itself, has designs on this as well. Let’s not forget the carriers know where you are when your phone is operating as well.

You could say the genie is out of the bottle on all of this and all the hemming and hawing, debating, and investigation can’t put it back. I’d argue that is probably true. But if we look to Europe, Germany more specifically, you can see that changes can be made. Germany now doesn’t allow Google’s Street View to update its images.

I’ve stated before that my view on this is that I’ve chosen to not worry about the privacy concerns. It’s not that I don’t value privacy, it’s that I think the information is already out there and available anyway. But that’s a choice I’ve made and made willingly. Others don’t see it that way obviously. And unfortunately, many don’t even see it as a choice to be made or thought about, until after they’ve checked in a gazillion times on their favorite social service, and a story like this breaks out and calls attention to the potential risks involved. The bottom line in my view is that if unless you’re going to choose not to participate in many of the things we all assume are a part of everyday life (and for many using mobile gadgets is a part of that) your info is going to be somewhere, accessible to someone at sometime.

Does this mean that I don’t think scrutiny should be applied here? Absolutely I do. I think that’s only healthy. But I can’t imagine that in the midst of the current firestorm about this issue we’re going to see anything more than big bold headlines and announcements that will once again fade once the story cools down. But this is a bigger issue than the flashpoint of the moment and ultimately requires much more thought and careful discussion than our current attention spans seem to want to allow.