The new iPod nano brings a bigger screen, bluetooth support and a fresh design, but stops short of adding WiFi and a full version of iOS 6 that supports apps and streaming music.

As an MP3 player the iPod nano is one of the best, but for users that already own smartphones the $150 anodized aluminum MP3 player can feel redundant.

The iPod nano is a great companion for working out, especially now that it pairs with Bluetooth headphones and contains a Nike+ fitness app. The new hardware button to skip songs makes it possible to skip tracks without fumbling with touch-controls.

The iPod nano is available with 16GB of storage for $149, half the price of the new iPod touch 5th generation.

The iPod nano is a colorful well-built MP3 player and a 2.5-inch touch screen. The nano is available in eight colors, with an anodized aluminum finish similar to the iPhone’s finish. Fortunately the iPod nano is not as easy to scratch. The home button, found on all iOS devices, is back on the iPod nano 7th generation. 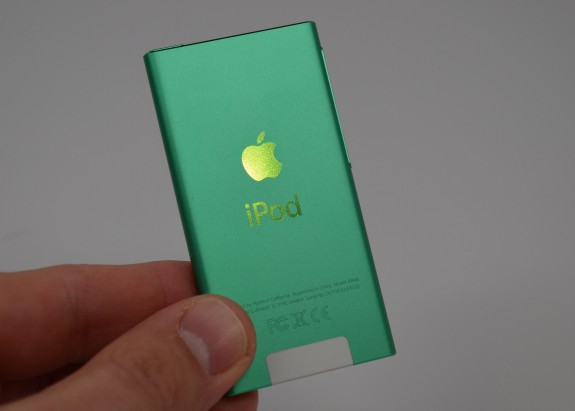 The iPod nano 7th generation features an anodized aluminum back and a 2.5-inch display.

The iPod nano design changes dramatically with every new model, and the 2102 iPod nano is no exception. Apple did away with the square design that owners enjoyed for its ability to wear as a watch, returning to a larger rectangle look. There is no clip on the iPod nano 7th generation. 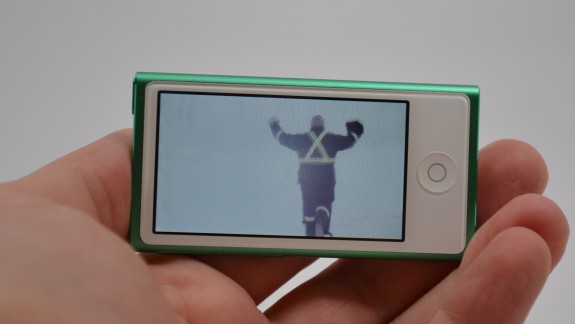 The iPod nano plays video, but the screen is too small.

With the new shape and larger screen, the iPod nano can now play videos synced through iTunes. It’s a nice thought, but the screen is too small for watching even for a half hour TV show or in the hands of a child. 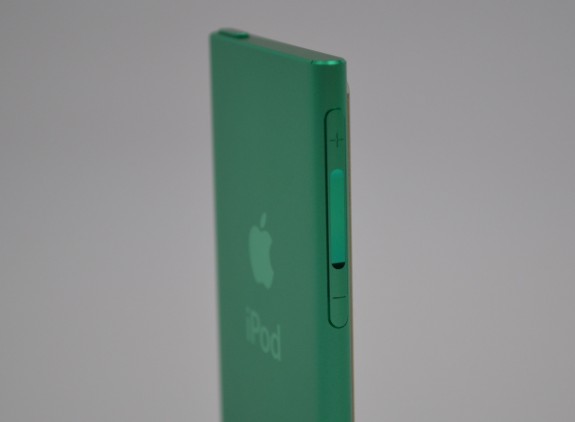 Control music without looking thanks to hardware controls.

The iPod nano takes design cues from the Apple EarPods that ship with the iPhone. A third button sits between the volume buttons on the left side of the device that pauses playback with a tap, or skips to the next song with a double tap. This is great for eye-free music control, and a feature we hope Apple will add to the next iPhone and iPod touch.

With Bluetooth the iPod nano is a more versatile device that makes it easy to workout without wires and to play music over Bluetooth speakers like a Jambox. Bluetooth isn’t a common feature in small standalone MP3 players. There is no built-in speakers so this makes it possible to listen without headphones.

There is no WiFi or support for third-party apps on the iPod nano, which impacts the usefulness to those of us who rely on music streaming services to get music. The FM radio app picks up local radio stations, with headphones connected as the antenna, and will show track information if available. 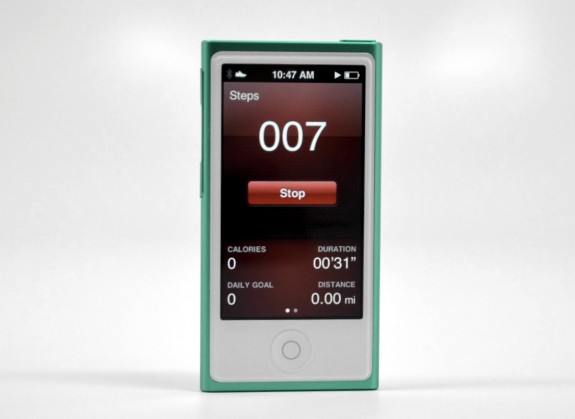 The Nike+ Fitness app on the iPhone can act as a fitness monitor to track steps and running. This is a nice way to track workouts, but it isn’t as good as a Nike Fuelband or Fitbit for tracking a full day of activity. It can connect to a Heart Rate Monitor and other Nike gear over bluetooth to augment the workout data. 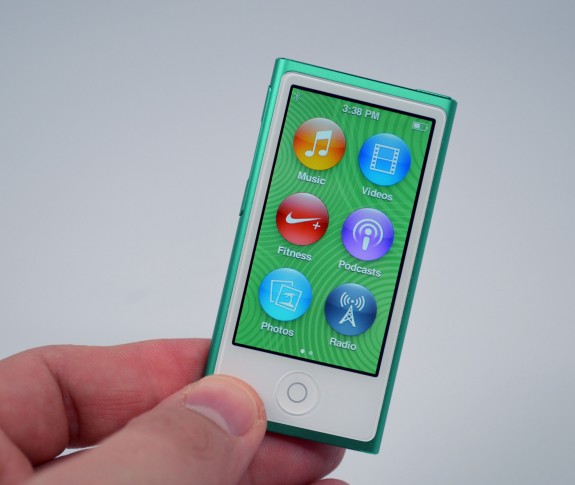 The iPod nano includes a small selection of Apple apps.

Apple claims battery life is 30 hours with music playback and 3.5 hours while watching video. The iPod nano lasted two weeks while listening to music and playing a few videos the battery. Suffice to say, battery life beats out smartphone, even with Bluetooth on.

The iPod nano uses the new Apple lightning connector which is in the box with a pair of the new Apple EarPods, but these headphones don’t include playback controls. The headphones are OK, but there are better options.

The iPod nano is a great MP3 player for fitness, but for anyone that uses their smartphone to workout it feels like a device in search of a place between the iPod shuffle and the iPod touch. 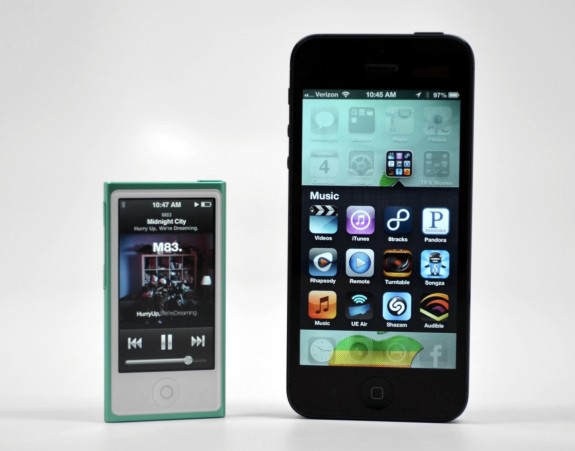 The iPod nano is a good device, but an iPod touch or iPhone offers more.

For many users the iPod touch offers a better value with a larger display for watching movies, access to apps for streaming music and playing games. The iPod Touch is $199 for the 4th generation and is as low as $129 refurbished direct from Apple.