Vietnamese site Tinh Tế has photos and video of an unreleased iPod touch sporting a 2MP camera on the back. Labeling indicates it’s a design verification test unit. But is it the next iPod touch or the rumored iPod touch with camera that was expected but not released last year? 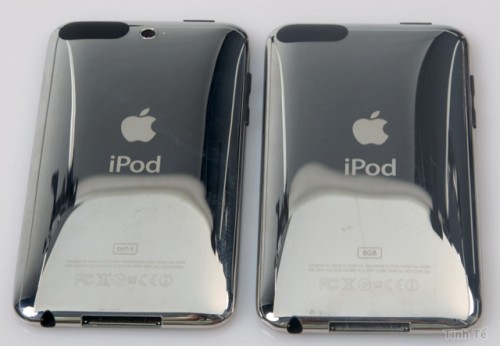 According to Engadget, the device’s serial number matches the current generation iPod touch, which implies it’s a test unit of a design that never entered production stage. The camera is identified by a production label that pegs it as using an OV2665-6s, a 2MP system-on-chip sensor from Omnivision. Interestingly, it’s paired with a separate pinhole light sensor, similar to the iPod nano but not the iPhone.

Regardless of whether this is a future release, it goes without saying that the lack of camera on the iPod touch is a real drawback. While a camera might convince some people to get a touch instead of an iPhone, I think that threat is much slimmer than the sales advantage a camera offers, in addition to expanding camera-based apps to the iPod. On the other hand, the iPod touch continues to run without real competition from anything except the iPhone, so there’s a balance to be struck between improving the product and cutting into iPhone sales.