HP has snatched the second most market share in the tablet space, a position which the world’s largest computer-maker had secured only following a fire sale of the company’s consumer-oriented TouchPad slate built on the webOS ecosystem. Outside of the iPad, HP is the leading consumer tablet-maker between January and October this year. 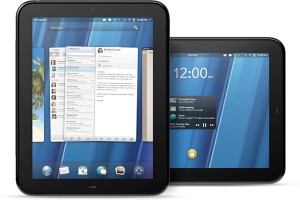 According to the NDP Group, HP had managed to narrowly edge out Samsung with a market share of 17 percent compared to Samsung’s 16. Asus, with its popular Android Honeycomb Eee Pad Transformer came in third with 10 percent, and Motorola and Acer tied for fourth with 9 percent each. These market share figures are for non-iPad sales, and the total number sold for these slates is 1.2 million in the period between January through October, 2011.

HP’s surge to the top of the pack may be credited with the company’s blow-out sale of the TouchPad. As part of its exit strategy from the consumer tablet hardware space, HP had priced the TouchPad at $99, generating a lot of buzz, hype, and interest as the tablet has been sold out at a number of retailers soon after the sale began. In contrast, Apple’s iPad remains consistently priced with entry-level pricing at $500.

Since announcing the discontinuation of the TouchPad, HP has introduced a second enterprise-oriented tablet known as the Slate 2, the successor to the Slate 500. That device runs on an Intel processor and comes with Windows 7.