While Amazon fans wait for word of their upcoming Android tablet, those content to simply read books on an e-ink device can now save some money on a 3G version: AT&T will be sponsoring an ad-supported 3G Kindle that will sell for $139. Would the retailer take the same approach with their tablet? 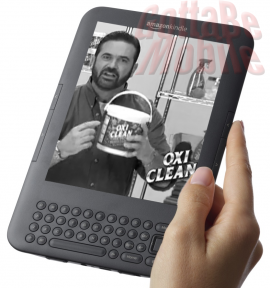 For those keeping score, the $139 price tag for the 3G Kindle is a $50 discount from the cost of an ad-free 3G model ($189). This follows a similar move by Amazon to offer an ad-supported version of the WiFi-only Kindle for $114.

It’s an interesting new approach to electronic gadgets, as we haven’t seen a lot of ad-supported devices yet. It does appear to be a move that has paid off though, as the commercial-laden WiFi Kindle has been a best seller.

It will be interesting to see if the 3G model sells well too, as many users find 3G on an electronic reader to be unnecessary. Unlike with a smartphone or a tablet, one generally only needs an internet connection on an eReader when purchasing new books. Customers who sync their reading between different devices could appreciate the constant connection though. 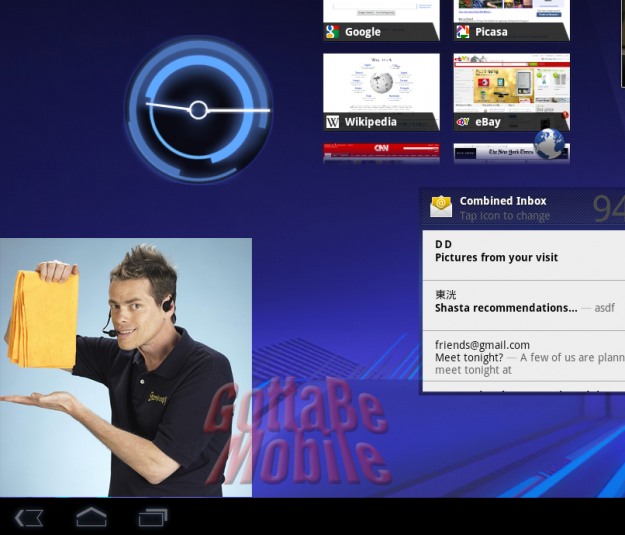 Hmmm... would this be intrusive?

Would Amazon offer a similar discounted version of their upcoming Android tablet? This seems less likely, but it is quite possible – and may prove to be a wise appraoch.

The areas where the ads appear on the sponsored Kindle are on the screensaver and at the bottom of the homescreen. Tablets don’t have screensavers – if they did, battery life would plummet – so that’s out of the question. They could, however, put ads on the homescreen (much like Philadelphia newspapers are doing with Android tablets) but the question is whether customers would find that to be overly-intrusive.

Still, for many people looking to buy a tablet, but not wanting to shell out $500+, a $300(?) Amazon slate could be their answer. As long as the ads are only on the homescreen, and not in their web browser or Angry Birds (Angry Birds already has its own ads), they may not care. People like to save money, and are often willing to tune out some ads in order to do it. This could be a way for Amazon to invade the low-end tablet market with a high-end piece of hardware.

Of course the real story that could come out of an ad-supported tablet may be developers rooting it and removing all of the ads – giving buyers a discounted tablet with no ads. Maybe Amazon will decide that locking bootloaders is a good idea.