Apple has made it very clear that, as rulers of the iOS kingdom, they are going to own the entire economy. As 9to5 Mac reported, Google Books has vanished from the iOS AppStore – and any old Muggle can figure out why.

Google Books, incidentally, is set to become the sole platform for the upcoming digital versions of the Harry Potter series, and Apple appears to be using their new terms of service to try to spoil the search giant’s Potter party.

This all started earlier this year, when Apple introduced their new in-app purchase rules. These new rules granted the company a 30% cut on all iOS in-app transactions. In order to prevent easy work-arounds, Apple decided they weren’t going to allow apps that provide a link to open the web browser and make those same purchases or subscriptions. 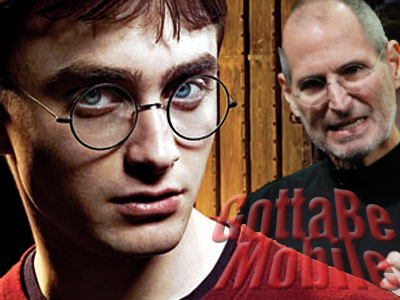 Then earlier this month, it was announced that the long-anticipated digital versions of the Harry Potter series, which will be purchased from author J.K. Rowling’s Pottermore website, would be stored in the Google eBooks platform.

As Google Books integrates into most mobile and desktop platforms, this works out well for Rowling. It prevents her from giving a cut of the profits to anyone (Google doesn’t take a slice off the top) – yet it still makes them widely available.

Though Google isn’t directly profiting off of the Potter series, their young eBook store is set to explode. It’s a great deal for both parties.

The only problem with that is that the Google Books app was in violation of Apple’s new rules. The “Get eBooks” button on the app’s main screen points users straight to the Google eBook Store in Safari, where they can purchase from Google’s extensive library. 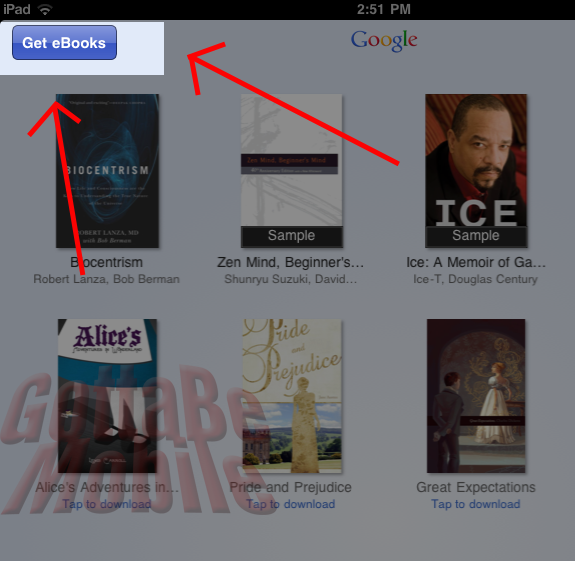 We had previously speculated whether the Amazon Kindle app would get yanked (as it too links to the Kindle website for eBook purchases), but it is still in the store – despite not being updated. While it is only (logical) speculation, it appears that enforcing the in-app tariff became more urgent for Apple with the Potter series coming.

So what is Apple trying to do here? Their rival hit the Harry Potter lottery, and they didn’t. The app that will serve as their rival’s means of delivering the books to the iPad isn’t complying with their terms. So they’re doing the corporate equivalent of throwing eggs at the house of the guy who got the girl.

But before we completely villainize Apple here, it’s important to remember that they are within their rights to police the commerce on their platform. Whether you like their Mafia/IRS approach or not, they created the platform, they own it, and anyone who wants to be a part of it has to play by their rules. While some may sneer at their approach, it’s hard to see many other companies doing different if they were in Apple’s powerful position. 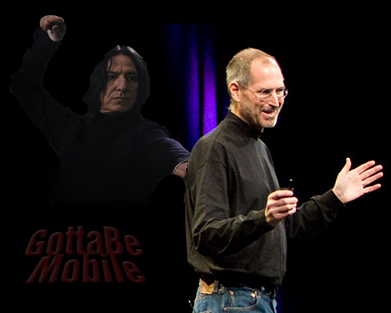 Maybe Severus Snape would know how to handle this...

This is, however, one reason that we would like to see Android tablets fare better than they have thus far. As much as we love our Apple iDevices, competition has a way of keeping companies from doing things like demanding a 30% cut just for the privilege of doing business on their platform.

Assuming that Apple did use the Terms of Service to justify the booting, all Google would have to do would be to remove the link to their web store for the app to be returned. Google’s app would be there for reading and syncing purchases, but there could be no mention of how to make those purchases from within the app.

This would be annoying and inconvenient for Google, but not likely earth-shattering. As Rowling’s books can only be purchased through Pottermore anyway, this has no effect on the distribution of the Potter series (provided they make the changes Apple is demanding).

But it will lessen Google Books’ overall growth on iOS. While many could easily figure out how to open Safari and go to google.com/ebooks, others wouldn’t. Some would just prefer to go with the app that makes shopping the easiest – iBooks. 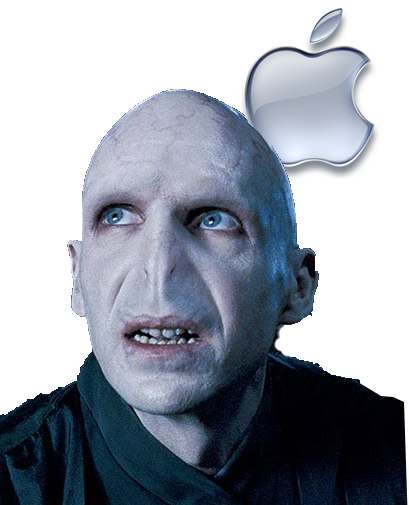 With the Kindle app still providing one of the forbidden external purchase links, this leaves Google looking like the guys with “the complicated bookstore.” If I’m Joe eBook-Reader, I don’t want the book app that gives me a couple of extra steps. I’m going with the easiest one. Apple has set up iOS’ rules in a way that makes sure only iBooks can be “the easy one.”

However, Google Books is still in a good position. Their app is still set to be the only (legal) way readers can get Harry Potter books in a digital format. Google Books won’t take off as much as if they could have left their web store’s link in the app, but their platform is still guaranteed to grow… as long as they get their app reinstated.

It looks like what we’re seeing is the downside to the Potter deal for Google. Sure, they get digital Harry Potter, but the whole arrangement is riding on their app’s availability on all platforms (you can bet J.K. Rowling wants the millions of iOS users to be able to buy her books). That opens the door to these kinds of power games from Apple. And unfortunately for Google, it looks like the only defense against those dark arts is to play ball with Cupertino’s Voldemort-like terms.