Is Digital Ink Making a Comeback?

There are signs that Digital Ink might be making a comeback of sorts. Of course for some of us it never really faded away. For all of Microsoft’s efforts, and the efforts of quite a few passionate Tableteers in the original age of Tablet PCs, Digital Inking never really caught on except for those of us who fell in love with it. There have been some solutions for the new age of Tablets, and more seem to be on the horizon. There have even been a few stabs at Digital Inking Apps for Android, along with the successof the original Galaxy Note. That’s certainly been encouraging on a number of fronts. But while we wait to see how much of a first class citizen Microsoft is really going to make Digital Ink with Windows 8 and its Surface Tablets, we’re looking at some interesting new developments that herald a possible return to new trends in Digital Inking, but also remind us old timers of days gone by. 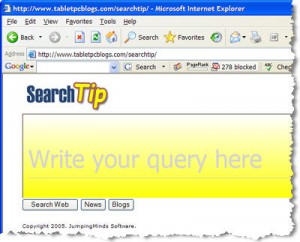 A few things point to this possible recurrence. The Galaxy Note, often referred to as a Phablet because of its 5 inch size somewhere between a phone and a tablet, apparently sold around 5 million units. There’s no way to say how much the Galaxy Note’s Inking ability helped those sales or how many users are actually using that Inking capability. But Samsung seems to be going all in with its just re-announced Galaxy Note 10.1. If you watch the promotional video it certainly brings back memories of days gone by with shadows of the early Tablet PC days on up to the Microsoft Courier.
https://youtu.be/qbgBxr4H59A

The fake hands are nice too, and also bring back many memories. Keep in mind that the Samsung Galaxy Note 2 is supposedly just around the comer as well.

And just a short time ago, Google announced that you can now turn on handwriting for Search in its mobile UI. If that doesn’t bring back memories of the late Loren Heiny and his SearchTip or Ed Holloway’s Ink Search Tool, then you really haven’t been around the Digital Inking block enough times.

So, what do you think? Will Samsung and Microsoft bring Digital Inking into the forefront again? Microsoft certainly has the opportunity if it exploits its existing assets appropriately. Samsung looks to be making its play. Curious to know your thoughts here, whether you’re an old-timer or someone knew to the Digital Inking scene.