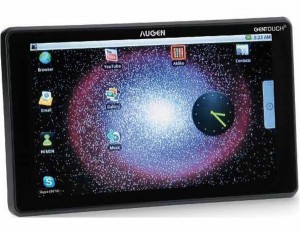 How Low Should Prices Go?

Whenever a new tablet hits the market, one of the first things people want to know is how much it will cost. That one little detail seems to have a bigger impact on the marketability of the device than anything else. If it’s too expensive, we start hearing over and over that it can’t compete and that it’s not on par with the $500 iPad.

On the other side of the coin, there is a growing movement to cut costs and produce “budget” tablets that can be packaged as promotional items. Companies give away tablet PCs to help drive sales or to incentivize their newest product.

But, the devices being given away are not necessarily iPads or Xooms. Sure, there are car dealers that will throw in an iPad with your next purchase, but for every great giveaway there is a printing company or a bank that throws in a low cost 7” or 8” Android tablet as a freebie. These devices, similar to the GenTouch tablets launched in Kmart last year, generally cost less than $200 MSRP and do very little.

The whole point is that they look like iPads or Galaxy Tabs and people are excited to own one. It’s a little sneaky and I wonder what kind of impact it will have on the overall tablet market in the years to come.

I wonder if the race to offer the lowest price in a tablet will inspire people to start looking for quality. If you received a tablet that ran an outdated version Android with no App Marketplace support, a limited number of built-in apps and speeds slower than your smart phone would you  be interested in looking for a better device that could do everything promised by the platform or would you be discouraged by the low quality completely?

Admittedly this happens in almost every technology sector. The rush to offer low cost desktop PCs in the late 1990s resulted in more than a handful of brands that would break down after six months, run at sub optimal performance or leave out otherwise standard equipment to cut costs. The same is likely to happen with tablets (and to some degree it already is) as manufacturers try to tap into the market and make a profit.

I like to think that quality will win out in the end. Eventually, as tablets become a natural part of many people’s daily routines, they will come to expect certain levels of performance and durability. There will always be some budget manufacturers looking to cash in, but even if things get diluted, I can’t see a future where people lose faith in this market. What do you think? What kind of risk does the budget market present for tablet PCs? Or for technology in general?

The recent news of a Tablet “manufacturer” shipping illegal copies of Windows with their Tablet is a prime example. When the price can’t get low enough will the so called manufacturers turn to counterfeit products to make the device cheaper. The irony is that this sort of practice was normal in eastern Europe and some Asian countries but to see an Australian company get sued by Microsoft for distributing Tablets with illegal Operating Systems (Microsoft takes Handii tablet maker to court) is ludicrous. I hate the insanity I see and hope that end-users will be clever enough to steer away from the “rape and pillage” mentality being exhibited in the tablet market space. I wonder if it will only make Apple look better, and all the others look pathetic.