Like Tim Cook who kicked off All Things D‘s D11 conference, Motorola’s Dennis Woodside didn’t reveal much specifics in terms of products, but Woodside and Cook did give insight into the inner workings of their respective companies. We now know that the oft-rumored Motorola X Phone will soon be launching as the Moto X per Woodside’s on-stage interview, and we also have an idea where Google is taking Motorola, which may not be a good thing in terms of product innovations.

All Things D‘s Ina Fried reports that “a lot of what Woodside has been doing lately is saying no.” The company has recently either canceled or postponed products that it doesn’t think will do well in the market, which is good thing for Google’s bottom line as it will help Motorola come closer to becoming a profitable smartphone-maker. The downside, however, is that this profitability comes at the expense of innovation.

“We’ve shut down or postponed a couple products in the last couple weeks,” Woodside said. “It’s hard. You have people who put their lives into a product or the last year into a product.”

This means that Motorola is becoming more conservative under Google, and by reducing its focus to purely phones, Motorola may not only be missing out on new market opportunities, but may find itself not inventing or innovating. 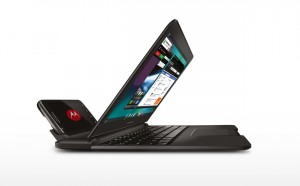 More recently, under the Android platform, Motorola had tinkered with numerous form factors, including with keyboards, sliding screens, swiveling displays, touchpads, and fingerprint readers. Though not successful, innovations like Webtop, Lapdock, and the MOTO ACTV smartwatch are paving the way for the hybrid convertible notebooks we see today as well as the wearable computing market.

The important point is that those failures lead to other products. While Webtop and Lapdock did not succeed, we’re seeing phablets and the evolution of talk and data products on the market today. Asus released its hybrid Transformer Pad after Lapdock and we can say that Lapdock inspired this resurgence in the PC-convertible market as well. The MOTO ACTV itself is paving the way for new innovations in other products, like phones, where sensors are increasingly becoming important.

Learning From Failures Is a Big Part of Growing Up 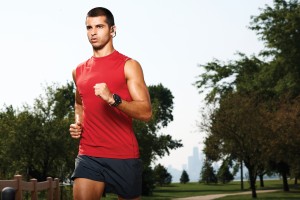 Though the Motorola MOTO ACTV sports watch was a flop, it is still one of the best designed fitness and smartwatches on the market. And without the Motorola smartwatch, Motorola wouldn’t have learned important lessons for its smartphones, including low power consumption and having a sensor array. Even Woodside admitted that the MOTO ACTV provided Motorola with some valuable insight in being able to differentiate its smartphone offerings.

“What Motorola learned was how to manage very-low-power sensors,” says the Motorola executive. “They took those learnings to the smartphone.”

At a time when analysts are forecasting that tablet sales will for the first time eclipse PC sales by 2015, Motorola is now saying it is conceding the tablet market to rivals. The company’s first Android Honeycomb tablet, the Motorola Xoom, was a failure due to limited features and a high price tag. It later followed up with two new Xoom models that were slimmer and priced more accordingly, but those didn’t take off. 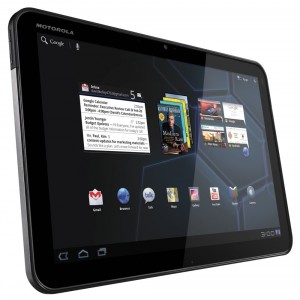 “A lot of what we know isn’t as important in the tablet,” Woodside confesses. “For now we haven’t been focused on that. That may change.”

However, the Xoom debuted when Android slates were still unproven solutions against Apple’s iPad. Today, this is less true and Android slates, fueled by the popularity of the Nexus 7 and the Amazon Kindle Fire, are proving themselves worthy contenders.

It’s unfortunate to see Motorola, a historically innovative company that is both a risk-taker and an innovator sit the tablet market out under the management of a new conservative entity.

Google has completed its divestiture of non-core Motorola operations and has significantly slimmed down personnel. The Motorola cable box business has been sold off and Woodside has trimmed down staffing from 20,0000 employees last year to a core 4,000 today.

We had great hopes as to what Google may be capable of doing with Motorola’s cable box business as it could be a gateway into IPTV, cable, and another venue for Google TV to take off. However, that wasn’t the case.

Profitability Is the Bottom Line to Success 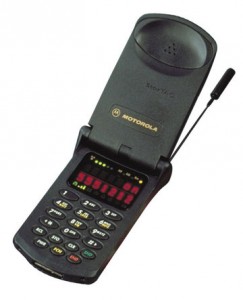 At the end of the day, though, profitability is what matters. Not just from a business perspective–you are in business to make money after all–but from a survival stand point. It’s economic Darwinism. If Motorola continued its downward trend of bleeding money, there may not be a Motorola in a few more years. Fortunately, Motorola proved to be too valuable for that to happen, and Google absorbed the company for $12.5 billion.

If patents were what really mattered to Google, then the search giant needs to turn Motorola a research lab for future Nexus products. This would put Motorola at the forefront of innovation where expenses incurred by the company would be counted towards R&D expenditures that may help Google and the Android ecosystem as a whole.

However, as it stands, Motorola is just another name in a crowded, competitive smartphone market without a clear purpose. Motorola is in a difficult place. On one hand, failed projects, though innovative, would have caused a collapse of the company while on the other hand a new-found focus on profitability is stifling Motorola. Part of Samsung’s success in this space is that the company throws out so many ideas in so many different products that something is bound to stick.