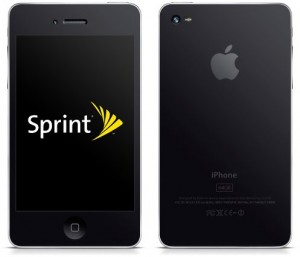 A recent job posting for a carrier engineering team member for Apple located in Kansas City, Missouri may be geared at a forthcoming Sprint iPhone. A few blogs are speculating that given the job’s Kansas City location’s proximity to Sprint’s Overland Park, Kansas headquarters, the job posting may be targeted at an upcoming launch of an iPhone for the nation’s third largest carrier.

As Sprint already operates a similar CDMA network on the same radio frequency as rival Verizon Wireless, retooling Verizon’s CDMA iPhone 4 for Sprint’s 3G network may not be a difficult deal. However, when a 4G-capable iPhone comes around in the future, Apple may find itself in the position to support not only the LTE protocol used by current iPhone carriers AT&T and Verizon, but also the WiMax 4G protocol employed by Sprint for its next-generation network. Both LTE and WiMax are said to be ten times faster with lower latency than their 3G predecessors.

According to the job posting, discovered by Stop it, AT&T,  the “Carrier Engineer team is responsible for day-to-day technical interactions with the one or more carriers to track down issues reported by the carrier, assist the carrier with testing they might be conducting and working with program management, software development and test teams to get products approved by the carriers.”

Most recently, there was speculation that the next iPhone refresh to occur in the fall would be a modest refresh, and that both T-Mobile and Sprint would be supported suggesting that Apple may extend the iPhone to the nation’s third and fourth largest carrier. After a period of exclusivity with AT&T, Apple had begun to offer the iPhone to Verizon Wireless earlier this year.