The iPad is the number one selling tablet on the market, and the only tablet that most consumers know.

This sounds great, but “iPad” Could easily replace tablet in the minds of the average consumer, just like Kleenex has become synonymous with tissue.

Competitors envy Apple’s brand recognition and market dominance, but Apple is walking a fine line according to experts. 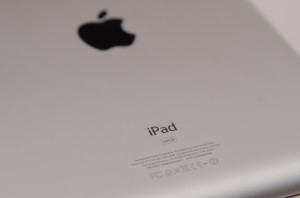 Kleenex, Aspirin and Band-Aid are so popular that consumers no longer ask for tissues, pain relievers and bandages. This sounds great, but companies face the threat of becoming a generic product.

The companies behind these products must fight hard to deliver a product that stands out when the average consumer calls every competitor a band-aid or a kleenex.

Companies want a recognizable brand, experts tell the Associated Press that there’s flipside of being so popular you change the way people talk.

Are All Tablets an iPad?

Talking to the average consumer, it’s clear that Apple is approaching the point of ‘genericization’.

The iPad is the market leader and obviously different from the Android competition, but to many consumers, any tablet is an iPad, at least in conversation.

Too Late for the iPad?

Consumers are already calling all tablets, “iPad”, which isn’t good news for Apple.

According to Michael Weiss, a professor of linguistics at Cornell University, “There’s nothing that can be done to prevent it [genericization] once it starts happening.”

If this is true, Apple has already lost the battle to keep the iPad from becoming the general term for tablets.

In my many conversations with tablet shoppers and family members “iPad” is already the default term for a tablet, no matter what company makes it.

Just as iPod became the default term for MP3 player years ago, iPad is becoming the term that average consumers use to refer to any slate tablet.

What Can Apple Do?

Does Apple Need to Take Action? 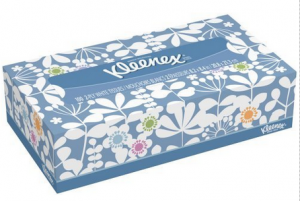 Apple may not need to do anything, at least not in the near future. Kleenex and Xerox won’t like to hear this, but their competitors produce substitute products that fulfill the same consumer need.

iPad competitors are not substitute products for most users. Even if the average consumer refers to every tablet as an iPad, the competition cannot compete with Apple at this time.

Even though iPod became the generic term for an MP3 player, it didn’t dilute the Apple brand. Competitors floded the market with MP3 players, but the iPod Touch and the iPod Nano still stand out.

Apple may need to adjust the way it markets the iPad if the name continues the course of becoming the general term for tablets, but the iPad isn’t in danger of becoming a Kleenex anytime soon.