Is the iPhone 6 really the answer to iPhone users’ problems? That’s the question industry watchers seem to be forgetting to ask.

Earlier this week news outlets tripped over themselves, all trying to confirm whether Apple was planning an event on September 9th to reveal the iPhone 6. Most of those reports also included some speculation about the iPhone 6 being a significant departure from the iPhone 5s. They discussed larger screens, and better processors. They listed NFC payment systems and sapphire front screens as things that would define the iPhone 6 and help Apple move even more smartphones this holiday season. Even if all that is true – which it could very well be – no one seems to be asking if the rumored iPhone 6 will actually fix any of the legitimate issues that iPhone users have today. It could just be another Apple-made smartphone in search of problems to invent, solve and then convince users to upgrade. 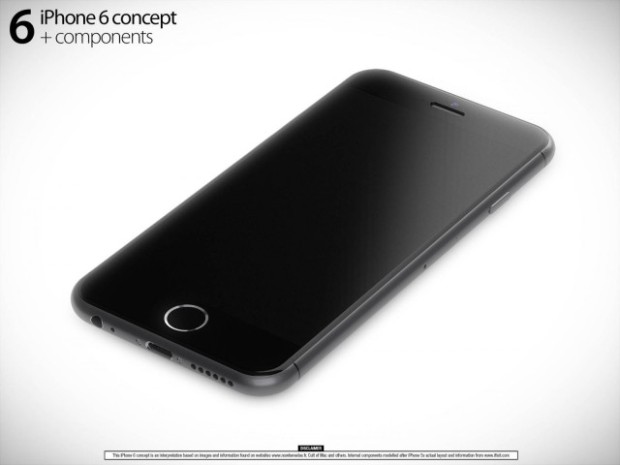 Rumors have it that the iPhone 6 will introduce a larger screen than what’s available today. We’re talking a size upgrade of 4.7-inches compared to the 4-inches screens in the iPhone 5s and iPhone 5c. Some rumors even go so far as to claim that the iPhone 5s will come in two different versions, one with an even larger 5.5-inch display for users who want choice.

Joining these new displays are more RAM, so that iPhone apps start faster and run smoothly – in theory – and a new more powerful processor. Allegedly, Touch ID will even get a hardware upgrade to make it more durable than the Touch ID fingerprint reader that’s now available in the iPhone 5s today. A refreshed casing that takes from the design of current iPhones and adds a few twists are also in the cards too, allegedly.

If Apple does release an iPhone 6 that fits this description users, will buy it in droves, make no mistake. On the surface, each of these sound like great upgrades, too. But as an iPhone 5s user for the better part of a year, I’m here to tell you that an iPhone 6 with this hardware doesn’t exactly solve a real problem I, or probably any iPhone 5s user, have today.

We’ve already seen iOS 8, the upgraded version of the iPhone’s operating system. Apple could be hiding something, but at this point I think it’s safe to assume that it  won’t be making any significant changes to iOS especially for the iPhone 6 with a larger screen. That makes the iPhone 6’s rumored larger displays just window dressing really, a way to keep up with the specification wars that currently dictate what makes a good Android smartphone or Windows Phone device. Don’t get me wrong, bigger touch targets are nice, and users might find it easier to type, but earth-shattering developments these new larger screens aren’t. Especially since we can probably expect Apple to simply add another row of icons on the home screen to fill that extra space.

Then there’s the prospect of a faster processor. We’ve seen Apple make significant upgrades to the iPhone’s processor power over the years. Most recently it culminated in the company revealing that the iPhone 5s’ processor is 64-bit in nature. Certainly, apps load faster and marginally perform better, but we haven’t exactly seen a revolution in iPhone apps because of this upgraded processor.

Of all the rumors swirling about the iPhone 6, certainly sapphire displays have the potential to change the iPhone experience forever. I suspect way too many iPhone’s have had their displays shattered over the years. In theory, such an upgrade would make a case less of a necessity – provided that Apple actually ditches glass for the iPhone 6’s rear casing. If they don’t, or Apple doesn’t shock the world and produce an iPhone 6 that’s waterproof, that sapphire screen will change very little for the millions of users who invest in crazy expensive cases to protect their iPhone.

The beauty of the iPhone ecosystem has always been that choice is of little consequence. Sure, there’s a new iPhone every year, but if you wanted that latest and greatest experience you simply upgraded to the new iPhone and that was that. I can’t explain how worrying it is that Apple might break with tradition in introduce two new high-end iPhone 6 devices.

Yes, the iPhone 5s was joined by the iPhone 5c last year. However, that was a separate device, for a different kind of consumer. Two high-end iPhone 6 devices will introduce a type of buying experience that I don’t think the average smartphone buyer is sophisticated enough to understand, and that Apple used to stand against.

We’re literally talking about people lining up to purchase a phone and then having to hear about the subtle differences between two new smartphones that’ll no doubt look very similar. I’m not sure that worked out for the iPhone 5c and I shudder thinking about the questions that first time smartphone buyers will have as they’re forced to choose between the iPhone 5c, the iPhone 6 and the iPhone 6 with a larger display.

I started out saying that the iPhone 6 will sell well. It will, because it’s an iPhone. The problem is that Apple works best when its solving a problem real consumers have. I can’t think of one real problem this rumored device solves, other than just being the next iPhone.