Is the iPod About to Kick the Bucket?

With the iPhone and the iPad becoming Apple’s new bread and butter over the last several years, what is to become of its former child star – the iPod? Last week Christina Bonnington of Wired speculated that the music player line could be on its deathbed. We examine why this could be true – but with one big exception. 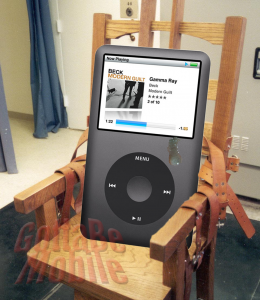 Gadgets are only going to get more and more unified. A few years ago it wouldn’t have been uncommon for gadget consumers to own: a home desktop computer, a notebook computer, an iPod, a Kindle, a portable gaming console, a home gaming console, a GPS unit, a Palm PDA, and a cell phone. Now, for many, that list can easily be whittled down to two devices: a desktop computer and an iPhone – while still keeping most of the same functionality as before. We think that’s pretty amazing – and it’s only going to keep moving in this direction.

As Wired points out:

iPod sales have been steadily declining since their peak at 22.7 million in December 2008, and analysts estimate another 7.2 percent drop over the quarter that just ended.

So while the death of dedicated devices is bound to happen (gradually), will the iPod be an exception to this rule? If you’re talking about the music-oriented line of the iPod Classic, iPod Nano, and iPod Shuffle – then it will likely be phased out before too long.

The biggest reason for this is iCloud. One of the iPod Classic’s greatest reasons for being purchased is that it can hold an entire music collection for most people. An iPhone can only hold (at most) 32GB. When iCloud (and iTunes Match) shows up officially this Fall, users’ music collections will all be stored in the cloud, ready to be downloaded to their iPhones at a moment’s notice. This is a huge stake in the heart of dedicated music players.

Perhaps this will also be the year that Apple bumps up the Flash storage of its iPhones? We’ve been stuck on the 16GB and 32GB options for several years now. Since iCloud doesn’t stream music (it downloads it) maybe Apple will offer the iPhone at 32GB and 64GB price points in 2011? Manufacturing costs could keep this from happening, but you can bet this was at least tossed around in Cupertino design meetings. If the iPhone is bumped up in storage, that’s another big reason to kiss the iPod music players goodbye.

What About the iPod Touch?

While we think the iPod MP3 players could be on their way out, we don’t see the same thing happening, however, for the iPod touch.

The iPod touch is the top portable gaming console that many parents give to their children. For Apple, it’s a great way to sell more iOS apps and get youngsters in the habit of using their products. It’s so much more than a music player, and only slightly less than an iPhone. Some who have portable MiFi hotspots even use it as their primary phone.

Apple knows that the iPod touch gets the AppStore into many (young and otherwise) hands who might not normally be shopping in the AppStore.

It is possible that the iPod touch could lose the “iPod” from its marketing and be rebranded as something else. If the rumors of an iPod touch with 3G connectivity are true, maybe it could be called the iPhone Lite or iPhone Data? A 3G iPod touch without an earpiece over the screen would seriously limit its appeal to those who want to use it for Skype (or other VoIP) calls. But if you put that earpiece there, you basically have a new model of iPhone. Why not rebrand it that way? 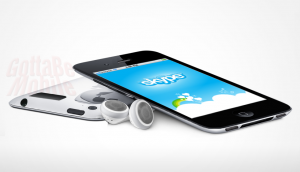 Our concept shows what a VoIP-tailored 3G iPod Touch (or iPhone Data) could look like.

Never Mind “Back to School” Snub

Some have speculated that Apple’s leaving the iPod touch out of the MacBook promo this year signifies the end of the line for Apple’s oddball iOS device. Previously, those students who purchased one of their notebooks for school got a free iPod touch thrown in. This year, that’s been replaced by a $100 iTunes gift card.

While this could signify a rebranding, it could also be something much simpler. The iPod touch has a high-res Retina display, same as the iPhone. Though it’s a cheaper-built display than the iPhone’s (with not-so-stellar viewing angles) it still has that 326 PPI density. The withholding of the Touch from this year’s school promo could just be a case of devices with Retina displays costing too much to be thrown in as a freebie. Their only other option would be giving MacBook buyers a two or three-year-old device. We aren’t surprised that they opted to pass.

Will the iPod be phased out? Yes, in time, the portable music player that sparked Apple’s meteoric re-rise to stardom will probably bite the dust. It won’t likely be this year, but you can expect it to be coming sooner or later. But while the iPod touch could be renamed and absorbed into a different line, don’t expect it to go extinct any time soon.

Related Topics:ApplediediscontinuediOSiPodiPod Touchon its way out