Leaks of Microsoft’s Windows 9 may have given us all a peek at the Start Menu the company has in store to save desktop and notebook users, but new rumors indicate we’ll have to wait longer for it than previously thought.

In a report meant to wrap up everything he knows about Windows 9 so far, longtime Windows watcher Paul Thurrott added what his sources told him about the operating system’s upcoming reveal and more in a post on his WinSuperSite blog. There’s not much new information included, but early in the piece he cites sources who’ve told him Microsoft doesn’t have a plan to make the highly anticipated Windows 9 Technical Preview available to users until October. Whether that’s a huge delay is unclear since Microsoft’s event was to be held on September 30th. 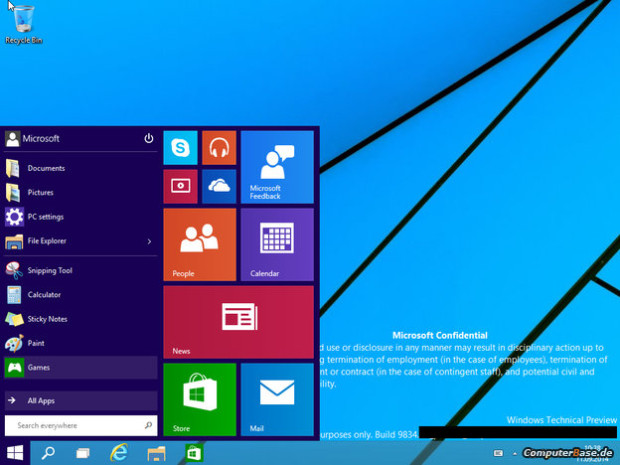 If we do have to wait until October for the Windows 9 Technical Preview, millions of users who enjoy getting their hands on early copies of Windows to provide Microsoft with feedback will be disappointed. All those desktop and notebook users who are anxious to get their hands on that new Start Menu that Microsoft showed off at its BUILD 2014 conference will be disappointed too.

Windows 8, Microsoft’s current operating system for tablets, desktops and notebooks included a lot of high-profile changes, but none of them frustrated upgraders more than the removal of the Start Menu. The Start Menu had been in Windows for years, it allowed users to open programs, browse through their files and search their computer from one place. The Start Screen that Microsoft replaced the Start Menu with also allows users to do these things, but it takes over the entire screen. That’s something users who don’t have touch weren’t exactly enthralled by.

Leaks from the last few weeks have revealed a lot about what we can expect from Windows 9 when Microsoft shows it off at that event on September 30th. At BUILD 2014 Microsoft said that it was freeing Windows Store apps from their prison inside the Start Screen, and it appears they’re going to come through. Images have shown Windows Store apps running in the Desktop in Windows 9. Unannounced but leaked features also include some pretty rudimentary support for Cortana, the voice and personal assistant that Microsoft added to its Windows Phone 8.1 operating system earlier this year.

We may know a lot about Windows 9, but Microsoft could shock us with news about how and when users will be able to get the final version of the operating system on their stuff at home. It is believed that the Windows 9 Technical Preview – whenever it launches – will be able for all to download, but a final version of the operating system won’t come until next year.

Even if that’s true and it does arrive next year we don’t yet know how much Windows 9 will cost or whether Windows 8 users will be able to upgrade absolutely free of charge.