Is This the Samsung Huron?

It was only yesterday that news first surfaced about the Samsung Huron, the rumored Samsung flagship that’s coming to Verizon to challenge other high-end Windows Phones. At the time rumors only alluded to the Samsung Huron looking an awful like Samsung’s Galaxy S4 and Galaxy S3, but thanks to newly leaked photos we can judge for ourselves.

Known leaker Evleaks shared the first photos of the Samsung Huron on Twitter late yesterday. If the picture is accurate than the Samsung Huron is actually a dead-ringer for the Galaxy S4. In fact, the only real differences between the device’s design is the Start button that Microsoft still requires Windows Phone makers to include below their device’s touchscreen. 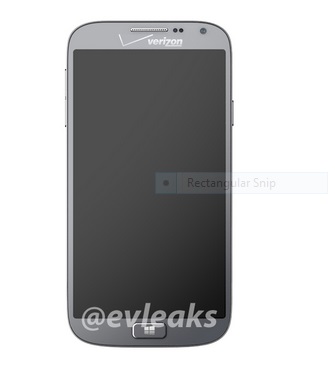 Unfortunately, the publication didn’t share any more information about pricing and available. Yesterday’s leaks did indicate that the Samsung Huron would be launching on Verizon. As the device in today’s leaked picture includes a Verizon logo above its display, that much seems to be confirmed. Pricing and a potential launch window for the Samsung Huron are still unknown, but it’s possible that the Huron could arrive on Verizon around the same time as the Nokia Lumia Icon that leaked in early January.

To be clear, internal specifications also remain a mystery. The device’s identical shell would seem to indicate that it’s sporting the same display as the Samsung Galaxy S4. The Galaxy S4 features a high-definition 5-inch display, that is pretty capable of producing bright colors and quality video. The Galaxy S4 also features a 2.9 GHz quad-core processor. Unfortunately, there’s no news yet on what type of processor the Samsung Huron includes, however it’s worth noting that Microsoft recently added support for quad-core processors to Windows Phone. As such, it’s possible that Samsung could also borrow the Galaxy S4’s processor for the Huron.

All told, what we think we know about the Samsung Huron lends credence to the idea that Samsung is at least preparing to challenge Nokia’s dominance in the Windows Phone space. That being said, it remains to be seen how serious about that challenge Samsung is. In order to fight Nokia’s 90% dominance in Windows Phone Samsung will need to provide users with exclusive apps and software experiences they can’t get anywhere else. They’ll also need to push hard with related accessories for the Huron. Both are things that Samsung has been absolutely awful at doing with Windows Phones in the past.