At one point, Palm owned the personal digital assistant, or PDA, market share in the U.S., largely outselling its closest competitor, Microsoft’s Pocket PC platform. However, Microsoft pushed aggressively for new features at the time that were not available on the Palm Pilot, including color displays, ability to support multimedia content such as music, video, and photo files, and a more robust and open architecture that supported multitasking. Palm’s slow response eventually saw it’s market share erode to favor its competitor and Palm later became a hardware company to release a Treo smartphone that ran Microsoft’s evolved Windows Mobile platform. Though Palm attempted to resurrect itself with the Pre and webOS, that effort was cut short prematurely when the company sold itself to HP, and the rest is, as we know it, history.

The Apple That Didn’t Fall Far From the Palm Tree 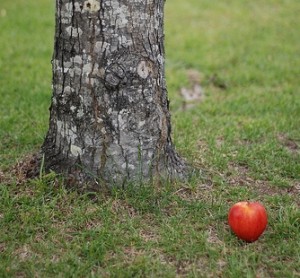 Tim Cook’s latest interview at the All Things D conference suggests that Apple may be stubbornly following Palm’s history. In responding to Walt Mossberg’s and Kara Swisher’s questions, Cook says that Apple is about making the best products, not the most products, which could spell disaster for a company that has been growing at a fast pace in recent years.

“What the numbers suggest over and over again is that people are using our products more,” Cook retorts to market share questions. “That’s what we are all about. We want to enrich people’s lives.”

For Cook, it’s about maintaining Apple’s simple strategy, and not about changing and opening up the platform to more possibilities.

Cook’s comments suggest that Apple may be in a period of retreat, rather than the growth period that began with the iPod and accelerated with the iPhone and iPad. By focusing on the best, Apple is neglecting the massive population of general consumers and may not be able to hit the right price points to target a larger demographic.

Cook defends his company’s focus on simplicity saying that there are numerous phones out there that are being sold as smartphones, but are being used as feature phones because customers don’t know how to use them. There are also tablets that being sold, but not used by consumers, because the experience is horrible. 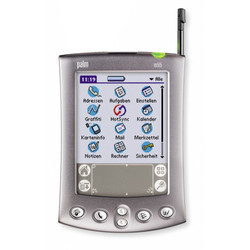 To some extent, that is true. Windows Mobile was largely seen as this overbearing beast that essentially miniaturized Microsoft’s desktop PC OS into a pocket-sized companion. Small styli and numerous taps at first scared users and Palm’s simple strategy worked, but users eventually outgrew Palm and the rise of digital cameras and the desire to consolidate music and video into one smart device–rather than carrying a phone and a separate iPod–quickly helped Microsoft gain more users. Palm adamantly resisted the digital media revolution and users began abandon the sinking Titanic that was Palm OS.

And though Android is largely seen as a more complex beast than iOS, I think that Android is most akin to Microsoft’s Windows Mobile platform of yore and Apple’s iOS is similar to Palm’s strategy. If history repeats itself, and unless Apple is willing to innovate and change with the times, it may find itself losing customers to Android.

And despite challenges to make things complex, thus far however, Apple has won a major battle against Adobe Flash protocol, which was seen as a media standard that may have changed the mobile game. Android supported it, but Google later abandoned Flash in favor of more open HTML5 standards.

Apple’s investment into HTML5, a robust content ecosystem and digital media library had largely filled consumer’s appetite and starved Adobe. However, when a new mobile computing need pops up, it’s unclear if Apple will be able to repeat its success. Palm wasn’t able to fight Microsoft when consumers wanted e-books, music, videos, and photos on their PDAs, and simple for Palm worked against them. The next big revolution may see Apple on the wrong side of the finish line.

Whether successful or misguided, another area that Apple is espousing is simple-tasking, a theme that Cook repeated when asked about phones, tablets, and wearable computing. Though the Apple CEO didn’t go into specifics, he says that most of the great products on the market do one thing and do it well, versus being the jack of all trades.

Sure, it was a refreshing thing in 2007 when the iPhone offered a simpler approach to Microsoft’s dominant Windows Mobile ecosystem, but in 2013 we’re seeing users demand more.

Samsung’s Multi-View windows is largely seen as an innovative solution. On the phone, the Galaxy S4 and the Galaxy Note 2 could launch two apps together simultaneously side-by-side. On the larger Galaxy Note 10.1 tablet, even more apps and cascading windows could be opened, similar to the classic desktop on Microsoft’s Windows systems. 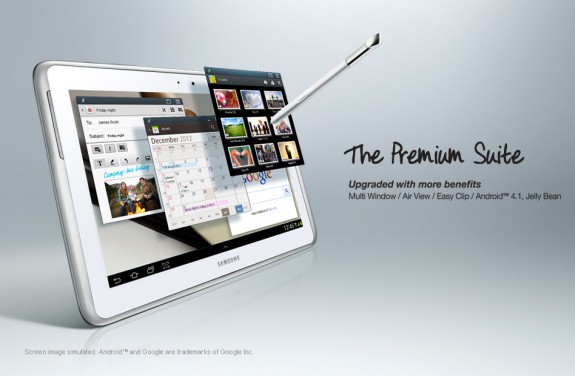 The feature has been a big hit with pro users who demand more. And consumers who want to single-task wouldn’t even have to worry about the complexities behind this as the feature can be disabled and users won’t even know it’s there.

It’s unclear how Apple will approach the redesign of iOS 7 at this point, and to a bigger extension the wearable computing market, but consumers are ready to do more.

Getting Less and Paying More

The getting less and paying more worked when Apple remained a luxury brand for people willing to pay for the name, the design, and the beauty of the Mac experience. In the phone age, Apple had brought the smartphone mainstream and transformed Apple into a consumer brand, and the company has to do more to keep pace with the competition.

Charging a premium for less would not work in today’s world when consumers expect more for less, especially when Nokia and Samsung are working hard to drive down price and deliver more value to customers in emerging markets, the same customers who may some day in the future have more disposable income as the economies that they live in grow and they may one day become loyal fans in paying more for flagship devices.

Apple currently doesn’t have a low-cost phone for that market. If recent trends are accurate, the data suggest that the younger population are becoming more jaded to Apple’s brand and the iPhone is being used more for the older population. This means that Apple would be missing out on a lifetime of loyal customers as they age and in emerging markets Apple is ignoring a whole segment of customers who could become lifelong buyers of Apple designs.

A low cost device isn’t really about margins, but it’s about creating an experience that buys loyalty in the future. It’s an investment, and so far Apple’s investment is growing old. Once the iPhone generation passes away, who will carry on with Apple’s legacy? Palm attempted to pass the baton to HP, which subsequently killed its brand and offered webOS on clearance to LG for use on some unknown smart TV product(s).