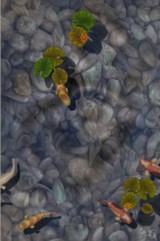 “A lot of people don’t realize they want it until they use it,” is attributed to Roger L. Kay, president of EndPoint Technologies, who thinks that by 2013 10 percent of mobile computing devices will have touch.

The article begins with the premise that Apple’s multi-touch has changed the landscape, which is a point that I can’t disagree with. It goes on to talk about N-trig digitizers being used on Dell Tablet PCs and on the UrbanMax that was demoed by Intel at the recent Intel Developers Forum (IDF). It also mentions that Microsoft’s inclusion of multi-touch in Windows 7 might just be the spark that gets developers to begin creating applications that take advantage of it.

In my opinion it isn’t just the applications. It is a combination of the device and touch that will answer the fowl or the breakfast protein question. Let’s talk about applications for just a second. What applications work well with touch, or better yet, demand touch as user interaction? In my limited experience, and perhaps vision, touch works well when we are consuming and selecting information or data. I think gaming will also have an impact here. Beyond that, the ways we interact with machines to  create content versus consuming it, seem, at the moment, to require input from a keyboard, a stylus, a mouse, or voice, if and when voice finally gets a foot hold. Again, my vision may be limited here, but touch as a metaphor seems geared more towards consumption than creation.

The iPhone offers no alternative way to work with the device beyond touch, (and voice in limited ways) and that’s the key to the advances Apple has sparked. But even that’s still a novelty. It says a lot that Koi Pond is the number one paid app in Apple’s App Store. A similar app can be had on Microsoft’s Surface, but as of today you’ve got to travel to one of a few locations to touch it on a Surface Table. But quite a few folks are walking around with it in their pocket on iPhones. Size of the device will matter also.

HTC is coming out with some very interesting touch screen mobile devices, but they haven’t completely cut the keyboard umbilical cord yet. What does that say? It points up the hesitance that most manufacturers have when it comes to reaching for a touch-centric world. Are they chicken, or just being prudent with their bottom lines? Ultimately, the answer to the barnyard riddle won’t really be known until device manufacturers swallow hard and cut that cord forsaking physical keyboards in their various mutations. Steve Jobs had the guts (vision?) to do that with the iPhone and it seems to be working. But why is it then that I wish I could occasionally tether a BlueTooth keyboard to my iPhone?