After months of delays and speculations, ISIS will finally making its debut in Austin, TX and Salt Lake City, UT on October 22. The mobile payment service formed by a coalition of carriers including AT&T Mobility, T-Mobile USA, and Verizon Wireless will be setting its sights on tackling rival mobile wallet service Google Wallet.

Like Google Wallet, ISIS will allow users to integrate and link a number of credit cards to its newly released mobile app inside Google’s Play Store for Android. The service, like Google Wallet, will make use of near field communications, or NFC, technology to make contactless payments by allowing customers to merely tap their phones on a nearby NFC reader to complete transactions. 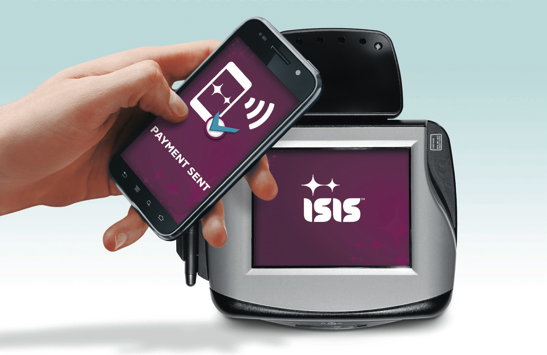 However, it’s been reported that use the newly minted service, customers will need to head to their carriers in those launch markets to pick up a compatible SIM card that will work with the service. It’s unclear what sort of encryption, provisioning, or security measures are embedded inside these compatible SIMs at this time. And like Google Wallet, don’t expect ISIS to work on rooted Android handsets.

According to ISIS, there will be 20 handsets by the end of the year that will work with ISIS. And unlike Google Wallet, which has only received the blessing of carrier Sprint Nextel, ISIS stands a better chance of succeeding as it is supported by three of nation’s four largest carriers.

The service will also allow customers to integrate coupons, loyalty cards, and other payment cards in the future as well.