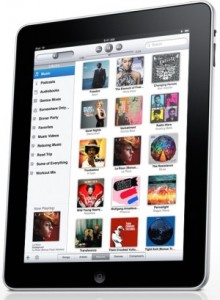 Normally I’m not that interested in hardware cost breakdowns. After all, there’s more to a device than the hardware, not to mention operational expenses. But iSuppli’s breakdown of the iPad holds particular interest to me.

First, on the low-end, iSuppli estimates the 16GB iPad costs $229.35 to build. On the high-end, the 64GB iPad with 3G costs $346.15 to build. That’s a wide margin between their respective $499 and $829 price tags, but not shockingly so since Apple’s real profit comes from selling hardware. It also reveals where that “nimbleness” in pricing could be found.

More interesting to me is that the cost of the additional components and installation in the 3G version adds up to $28.30, right at the $30 cost I supposed when wondering if the iPad’s 3G is reverse subsidized. So where’s the other $100 in the 3G price go? Pure profit or reverse subsidy for AT&T?