It's Not a Mystery that Tech is Pulling This Mystery Together 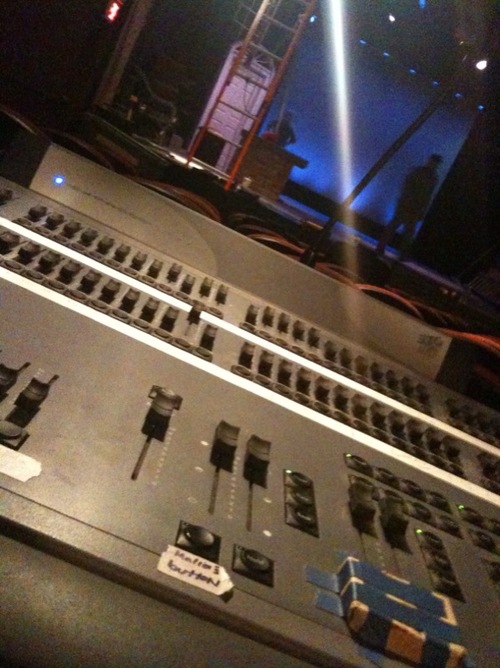 In just a couple of hours we start a 12 hour technical rehearsal day for Wayside Theatre’s production of Sherlock Holmes: The Final Adventure. The piece is a lot of fun, but has a lot of “theatre tech” challenges to solve. Everything from fog and smoke, to live gun fire, to sound effects, to multimedia, to quick costume changes, to tracking which pocket in which costume which prop Sherlock pulls out, you name it. Gradually our tech table and auditorium in technical rehearsals have seen note pads and pens give way to computers and other gadgets over the years. Regrettably, I am still the only Tablet PC user. There are more Windows machines here than Macs, but that is beginning to change. Our composer and sound designer takes notes on his Palm Pre. This morning and afternoon I’ll mostly take notes on my iPhone as our working mode during that period allows us to stop and correct as we go along. Tonight, once we cue things back up for a full tech/dress rehearsal, I’ll be back to my note taking habits on a Tablet PC.

Last night our stage manager was calling cues from her notebook instead of from a script. Watching her make cue changes as we went along was actually kind of fun. Today we essentially lock ourselves in a dark theatre and don’t emerge until late tonight. In addition to setting light cues on the stage, we’ll be doing our work by the glow of monitors all over the room. Should be fun. But exhausting.