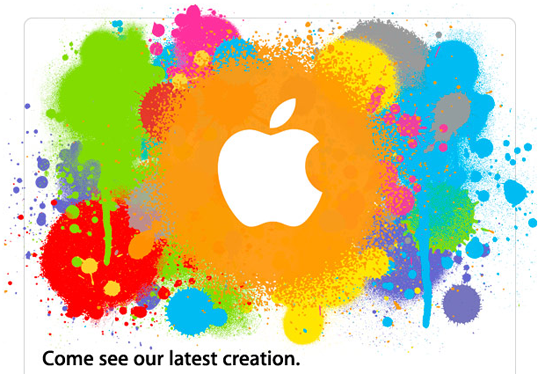 The graphic accompanying this post will probably get really old by later tonight, much less by January 27, but it is what accompanied the invitations to Apple’s event on January 27 in San Fransisco. Of course every one is expecting the mythical Apple Tablet to be announced that day. Tea leaf and Apple Kremlinoligists are already busy parsing the graphic, the word “creation”, the fact that it mentions only one latest creation” and I’m guessing just about everything else as the speculation continues to ramp up beyond anything I’ve ever seen.

Whatever this “latest creation” turns out to be, it better be something special. (Did you notice that they colored outside the lines?)