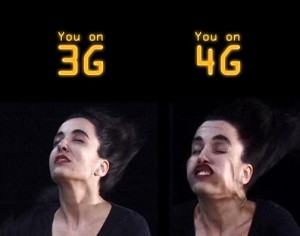 The International Telecommunications Union, a coalition that defines how standards such as 4G mobile broadband technologies employed by wireless carriers are comprised, has now backtracked on its earlier definitions of what comprises 4G. The ITU declared last month that Sprint’s WiMax, T-Mobile’s HSPA+, and Verizon’s and AT&T’s forthcoming LTE networks do not meet 4G specifications despite the carriers’ marketing pitches to consumers. ITU says only WiMax2 and LTE-Advanced–the next generations of today’s LTE and WiMax networks, could be counted as 4G.

However, in light of marketing from carriers, and perhaps in an effort to not further confuse customers–many of whom may not even be aware of what 4G is–the ITU has revised its position to include WiMax, LTE, and HSPA+ currently in use today or will be deployed in the near future. That means that AT&T, Sprint, T-Mobile, and Verizon Wireless can count their networks among those that deliver 4G performance.

Following a detailed evaluation against stringent technical and operational criteria, ITU has determined that “LTE-Advanced” and “WirelessMAN-Advanced” [WiMAX2 -editor] should be accorded the official designation of IMT-Advanced. As the most advanced technologies currently defined for global wireless mobile broadband communications, IMT-Advanced is considered as “4G”, although it is recognized that this term, while undefined, may also be applied to the forerunners of these technologies, LTE and WiMax, and to other evolved 3G technologies providing a substantial level of improvement in performance and capabilities with respect to the initial third generation systems now deployed.

Probably to the chagrin of Verizon, AT&T, and Sprint–all of which are deploying new 4G networks based on WiMax and LTE technologies in the mobile broadband speed race–T-Mobile can now include its HSPA+, a 3G derivative network, as a 4G network under the revised ITU guidelines.

While the ITU’s move can help to alleviate some confusions for consumers, it’s somewhat disappointing in that marketing bodies can now dictate technical standards.