The iTunes 11.3 update adds iTunes Extras to the Mac and lays groundwork for the iOS 8 release this fall, when these extras will come to the iPhone and iPad.

Small iTunes updates are common for Apple, but we don’t often see mention of upcoming software in the notes. In the iTunes 11.3 update description Apple outlines the new feature and outlines when this new content will come to iOS 8.

iOS 8 is Apple’s new iPhone and iPad software, announced in June. It is currently in the third iOS 8 beta as Apple tests features and allows developers to try the new operating system ahead of a fall iOS 8 release. 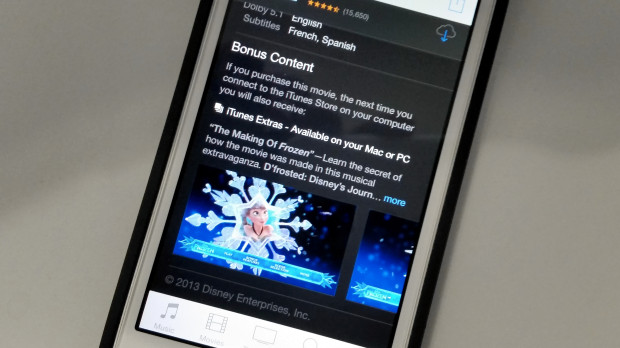 Apple readies for the iOS 8 release by offering a small iTunes update with iTunes Extras.

The new iTunes 11.3 update adds iTunes Extras for HD movies. This includes behind the scenes videos, short films, HD stills and other extras that come with many HD movies. This is essentially the digital version of the bonus content found on many DVD and Blu-Ray discs.

For users that already own many HD iTunes movies the Extras are a free update. The iTunes Extras for HD movies are currently limited to Mac, PC and Apple TV, but iOS 8 will bring them to the iPhone and iPad this fall.

New iTunes Extras will be automatically added to your previously purchased HD movies as they become available – at no additional charge.”

iTunes Extras arrive in the iTunes 11.3 update ahead of iOS 8.

This is a small part of Apple’s prep for the iOS 8 release date this fall. With a roll out of iTunes Extras starting now, there should be a large selection of extras by the time users download the free iOS 8 update later this year. If you click this link on your computer you can see a collection of movies that support iTunes Extras already.

Disney’s Frozen includes a number of extras including the following iTunes Extras for HD movies that will be easy to view on the iPhone and iPad when iOS 8 arrives.

This is just a sample of what the iTunes Extras will offer. Not all movies in our library offer Extras at this time, and even when you view the Frozen page on the iPhone 5s running iOS 8, it directs users to the Mac or PC.

For more, check out this iOS 8 vs iOS 7 comparison to see the changes that iPhone owners should know about.