I fired up my Apple TV this afternoon and a new tab labelled “Music” showed up with two options related to the now late iTunes Music Match service. The option to turn on the service returns an error telling you to set it up on your computer in iTunes, which still has the message saying it is “Coming Soon.” But this offers further evidence that despite missing they “end of October” date that Apple announced when they revealed the new service at the press event last month, it should be coming very soon.

iTunes Music Match hosts your music in the cloud for a fee even if you didn’t buy it through iTunes. The service will discover your music and offer you a copy in the cloud that you can stream and download to other devices, like the Apple TV.

Including the service with Apple TV gives users a simple way to hook their music up to a stereo system or television set through the optical audio out connection or the HDMI out connection on the small device. 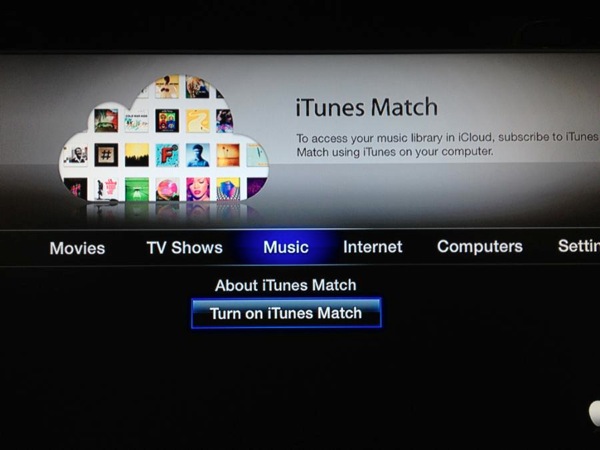 The option also showed up in iOS 5 in the Settings app under Music.

While the service was promised by the end of October, as Steve Jobs’ new biography notes, “It’s not done till it ships!”