The iTwin Connect Pro gave PC users secure virtual private networking with remote control and file sharing. Now they finally added Mac OSX support to the mix. In our review of the previous version for Notebooks.com, we liked how simply we could set it up on Windows and gain the ability to share files with no limits, other than our network speeds. This new iTwin Connect Pro adds more to the device to make it far more useful, but costs twice as much.

The company sent us a version that shipped before the iTwin Connect Pro became Mac OSX compatible, which means it didn’t work as now advertised. Going forward the device will let users plug in the two-part USB stick with connectors on both ends. The iTwin Connect software installs and configures itself via a wizard. Once configured users detach half of the stick. It comes apart and users can plug the second half into another computer. The second computer will install the software on the computer and configure the software with the password of the first iTwin’s “Trusted Computer.” 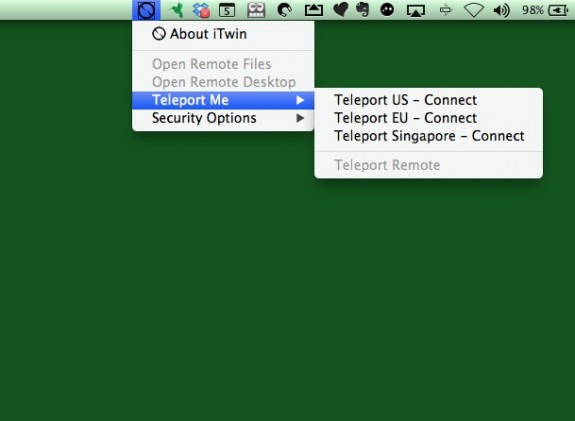 Once configured the iTwin Connect software runs in the OSX menu bar, as seen above. With the menu, users can connect to the other computer to mount hard drives and do remote control using the built-in OSX Remote Desktop.

Move files to and from the mounted drive using Finder. The feature works well with decent speed. 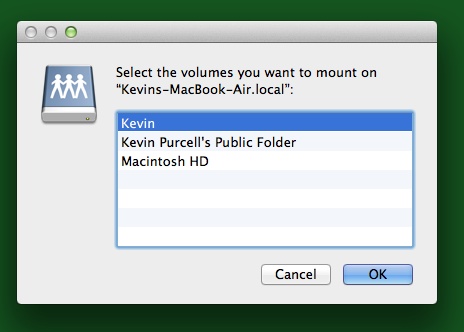 We tried to use the Europe VPN to watch some video on ITV in the UK. The ITV Player started to stream, but hit a snag. We can’t tell if’s the fault of the iTwin’s VPN or of ITV. 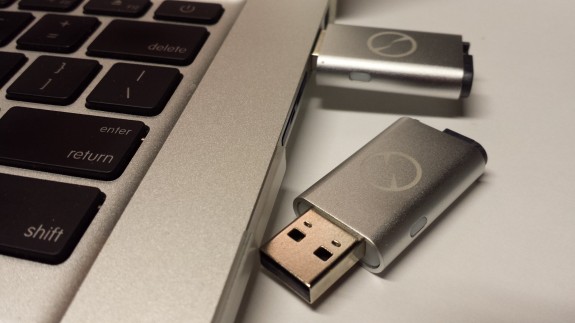 The update works well for Mac users most of the time. We wish the company would create an update that would install the iTwin Connect software on the older iTwin Connect Pro USB sticks. Users could then install from the stick each time they connect to a new computer. Newly purchased devices will include the Mac software, but we want it on our older version too.

We also experienced a few crashes on the second Mac we used to test the system. The whole system worked most of the time, however.

We just wonder if the iTwin Connect Pro serves a function that makes it worth $199. Most of what the device offers can be replicated using free or low-cost software. Share files over DropBox or SugarSync. Get remote access via LogMeIn. A slew of VPN apps promise secure software solutions that mimic the iTwin’s VPN feature. Using one simple device simplifies the process, but not that’s not worth $200. At $50, I’d get excited.