We’ve known for a while now that Hulu wants to sell itself to the highest bidder. We’ve heard names like Google and Yahoo bandied around, but here’s a new name (you may have heard it before) to throw into the ring: Apple. According to Bloomberg, Apple is among those eyeing a purchase of the video streaming service. 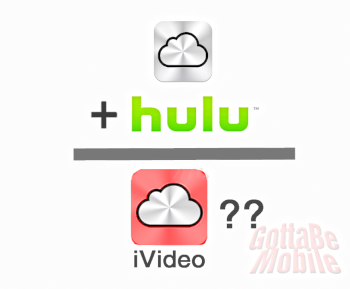 It is reported by “two people with knowledge of the auction” that Apple is in early talks to possibly buy Hulu. The sources chose to remain anonymous due to their proximity to the auction (isn’t that always the case?).

What would Apple do with Hulu? We can only imagine. iCloud Videos comes to mind as an angle they could take. With Apple cutting the cords this Fall with their cloud service, what better way to introduce it than with a TV and movie streaming service that’s already stocked with several networks’ worth of TV shows?

Since this is Apple, we know they wouldn’t just leave Hulu as is. With iTunes video deals already in place, Apple may be in a better position than any other company to build on what Hulu already has. They have relationships in place, they have the market clout, and they have a war chest that many entire countries would envy.

To say Netflix has been a hit on iOS would be an understatement, but an iCloud Video app that is integrated into all of their devices’ firmware could be huge. Hulu is nothing to sneeze at already, but if Apple can secure a library that quickly matches – and soon surpasses – Netflix’s, they could take the lead in the rapidly-arriving future of TV and movie viewing.

If this does happen, let’s just hope that the first thing they do is remove advertisements from paid subscribers’ content. If their deals with the studios and networks are contingent upon that, they may want to rework that. That element alone has likely been one of the biggest reasons many people have stayed away from Hulu.