The iWatch is one of the most anticipated devices from Apple in 2014, and while the company is not talking about any plans for wearable technology the iWatch rumors are growing as Apple extends a trademark to cover an iWatch, a well-respected analyst suggests Apple could include a high-end fashionable iWatch with a major price tag and Nike exits the wearable space.

Apple currently focuses on mobile devices with the iPad, iPhone and iPod touch, but rumors of a watch kicked off in 2013 and the iWatch nickname stuck. Little is known about the iWatch from first hand leaks, but analysts, supply chain sources, various key hires and meetings with the FDA start to paint a picture of what Apple may be planning.

The iWatch may not be tied directly to the iPhone 6 release or to that device, but a recent Apple roadmap from Ming-Chi Kuo suggests that Apple is at least working towards releasing an iWatch that will come near the iPhone 6 and could play a role in collecting health data for the rumored iOS 8 Healthbook app.

While the iWatch is still a rumor there are a plethora of wearable fitness devices on the market from Fitbit, Jawbone and others. Pebble is arguably the best smartwatch option for iPhone users at this time offering notifications, apps and interchangeable watchbands. Samsung continues to push into this space with the Gear Fit and Gear 2 smartwatch and fitness band with sensors that track heart rate. Google is also behind a major push in wearables with Android Wear which will appear on devices like the Moto 360 and the LG G Watch this year. There is a lot of competition in this space, but so far the Pebble is the only major player for iPhone owners. 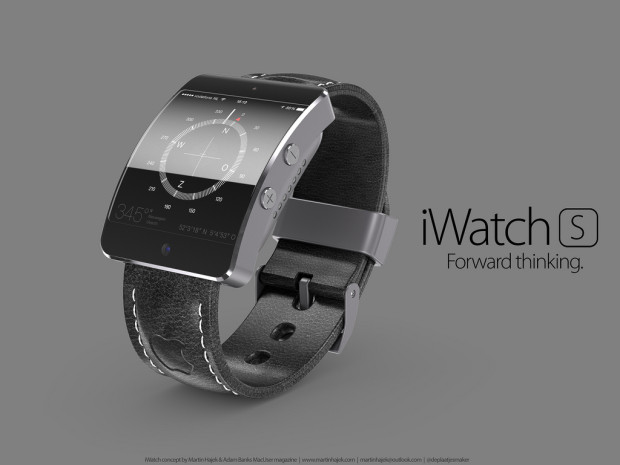 The iWatch rumors point to an expensive option as Apple extends the trademark to jewelry. Image via Martin Hajek

With this expansion Apple could tie into various wearable products with a wide-ranging trademark. While the focus of this is on the iWatch, there are other applications. The Lumo Lift can track and correct posture to eliminate back pain and can be worn as a small piece of jewelry on a shirt or jacket. 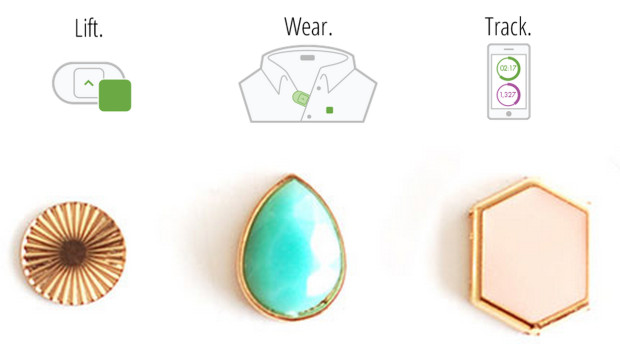 According to the report Apple filed applications for similar trademark protection in Mexico, Norway and in the UK. There is currently no Apple trademark for jewelry or watches in the U.S.

A focus on an iWatch as a piece of jewelry aligns with a recent report from Ming-Chi Kuo of KGI Securities. Kuo is a well-known analyst with a good track record of predicting Apple’s moves ahead of public announcements.

In a report from early April Kuo tells investors that Apple could be ready for an iWatch release date in Q3 2014, which would line up with iPhone 6 release rumors in September. Additional reports suggest Apple is indeed targeting Q3 for the iWatch.

Kuo’s investor note shares several key iWatch details about the device that he expects Apple will announce this fall. Like the iPhone 6, Kuo believes Apple is planning to release two iWatch models with varying screen sizes, one of which will cost several thousand dollars.

In addition to these potential iWatch specs Kuo predicts a slim and light iWatch design. His report suggests Apple is planning a fashionable appearance for the iWatch. Apple has yet to make real use of Liquid Metal in a mobile device and this note to investors suggests Apple may finally bring this to the market in an iWatch. Kuo’s report includes the following explanation of iWatch pricing and fashionable design.

The iWatch battery life may be a major issue that Apple needs to overcome, as Kuo suggests we will see battery life of a little over a day. If this is the real world battery life it could be a dealbreaker for some users that don’t want another gadget that needs nightly charging.

Recently Nike announced the end of the FuelBand, which signals a move that the company could rely on software on the iPhone to perform the tracking needed for fitness. One possibility is that Nike plans to partner with Apple to deliver Nike software on an iWatch. Apple highlighted a Nike app on stage when announcing the iPhone 5s with the M7 motion tracking app.

If Apple does announce an iWatch in 2014, expect to see it arrive near iOS 8 and an iPhone 6. iOS 8 will likely be a key to connectivity and iWatch apps, which could leave iPhone 4 owners in need of a new iPhone to use the iWatch.