Apple updated their iWork for iOS apps. Pages, Numbers and Keynote now work better with Microsoft Office, include sharing and collaboration features with password protection and they get some other minor enhancements in each app. One change brings the iOS apps in line with Apple’s other versions of iWork for the Mac and for iCloud. On the Mac they added back some features Apple stripped out last fall when they rewrote the apps to make them compatible with the newly launched iCloud beta versions.

Like the Mac and iCloud versions, the iOS apps add the ability to password protect files and share those password protected files with others. Any files shared with a user will show up in a new drop-down list in the iCloud site and in the Mac or iOS apps. 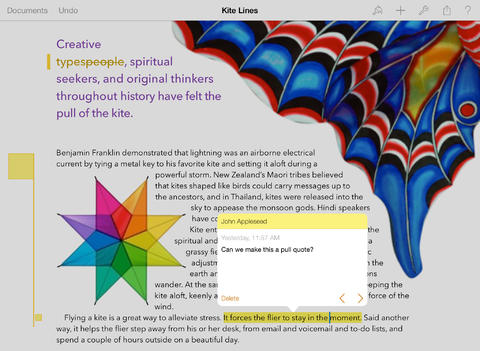 In Pages Apple boosted the Microsoft Word support with better exporting compatibility. Here’s the full list of updated features in Pages for iOS from the app description in the App Store. 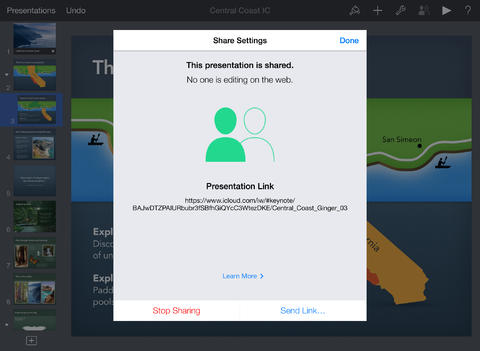 The biggest new feature in Keynote adds support for using one iOS device to control a slide show on another device. We also get new transitions and an improved presenter display feature. That’s the interface a presenter sees when running their presentation. Like the other apps we get the password protection and sharing along with improved support for PowerPoint 2013. See Apple’s list below: