Display Recorder, once a Jailbreak-only app, is now available in the App Store for anyone to buy.

According to 9To5Mac, the iOS recording app was previously only available through Cydia for jailbreak users. The app lets users record the screen of their iPhone or iPad while offering commentary describing what’s happening on the screen.

The app works well from our brief test, though there were a few problems. The app does slow down the iPhone 4S a bit. The phone isn’t unusable with the app running, but there is a noticeable slowdown. Games like Jetpack Joyride and Bejeweled Blitz are still playable, just a bit slower. Unfortunately the app can’t record those games in the default mode. The video goes black when users try to record a game on the iPhone. 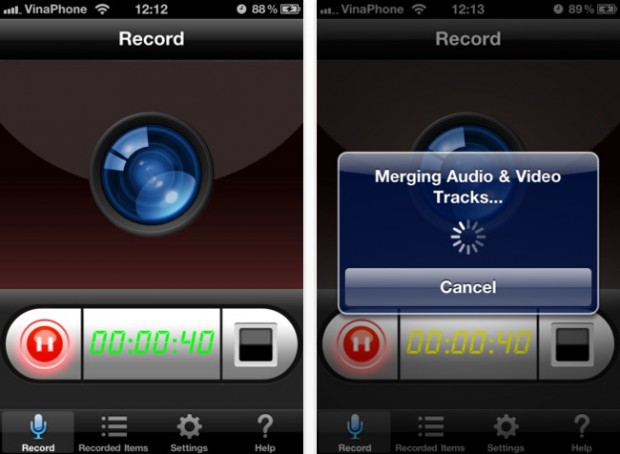 After changing the settings the app can record games, though with significant slow down. More intense games like Infinity Blade are nearly unplayable with the app running. The resulting video also doesn’t look as great because of the slowdown. The video files are also very large when recording games.

After recording an app users can choose to send the video to the Photo Library for easy editing (users will want to edit out the first and last few seconds unless they want the app in their video). Users can also choose to upload the video to YouTube directly from the app.

Given the app’s functionality, we expect Apple to pull it from the App Store relatively quickly. Display Recorder appeared in the App Store on Saturday, June 16, though it will likely disappear in a few hours or so. We can’t imagine that Apple wants such an app in the App Store, especially when it interferes with the performance of other apps.

Users that want the app before Apple inevitably pulls it can buy it now for $1.99.