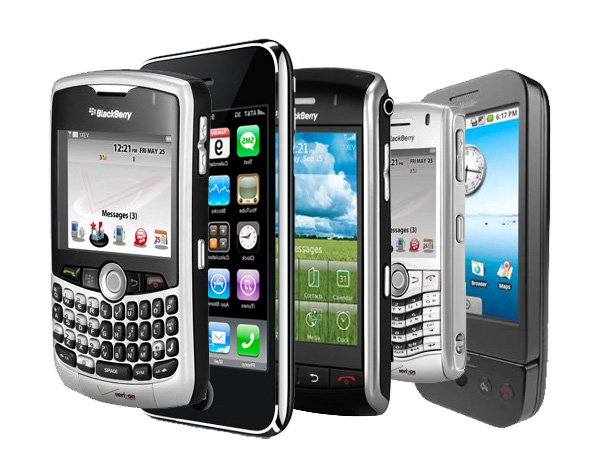 My short answer to the question James Kendrick raised and that headline’s this post is yes. My medium answer is yes, for the moment. My longer answer follows.

If you’re looking for hardware innovation in smartphones, tablets, computers, etc… in the short term you’re going to be looking further down the road. Just like I said in this post about Tablets, there’s not a whole heck of a lot new coming down the pike. And, when you think of it, what else is there to add? Take Tablets as an example. Let’s see they all have touch screens, they all have cameras, they all have ports that allow things to move in and out (although some have different ports than others), and they all have, well, basically the same functionality from a hardware perspective. The biggest search for innovation seems to be in trying to figure out a supply chain so that they can actually bring the things to market within a reasonable time frame once they announced the devices.

The same is true of smartphones these days. Is the age of same-same upon us? Sure, but when you really think about it and bring it down beyond bumping the processor, perhaps bumping up the resolution of the screen, and monkeying around with the size of the device to find a sweet spot that might differentiate, there’s not much else a hardware manufacturer can really do. And I wouldn’t classify any of the above as innovation as much as I would classify them as evolution of what already exists.

As I’ve said before the real key is in the advances of the OS and even those advances are probably headed to a plateau. That’s not helped by the fact that everyone devotes development resources to playing follow the leader on what innovation we’ve seen. RIM just unveiled its new Qnx OS and HP is soon to unleash it’s newer version of webOS. RIM has gotten good marks for its OS efforts and I imagine HP will as well.

In the mobile sector we’re basically in the same place we’ve been for some time with laptops and desktops. Incremental change, cleverly marketed, is what pushes the market forward. There’s little room to add new hardware features. Now, you can say that Apple is pushing the envelope with Thunderbolt. But at the moment that’s an envelope that is getting pushed around without a stamp to mail it until the peripherals roll out that take advantage of it. And at some point we’ll see Thunderbolt (or whatever the PC side of things decides to call it) roll out in a new wave a desktops and laptops, and there will be a wave of momentum that pushes devices that include it to the head of the line.

As a friend of mine said last night at a party, if we’re talking about 3D as an innovation on some of these devices, then we’re basically saying that there’s not much new to add when we resort to those kind of gimmicks.

Don’t get me wrong, I’m not trying to be negative here because I’m sure we’ll see some cool devices in the next few cycles. I just don’t think we’ll see anything that pushes innovation forward in any great way from a hardware perspective. As I’ve also said before, I think that’s probably a net positive.

Why do I think that? Well, we’re in the middle of a transition to 4G, whatever 4G actually means these days. In these early stages, it’s a marketing push more than anything else. Yes, there are improved speeds but the marketers are trading off on a public eager for faster networks, while pretending there is a standard. Does that give room for incremental improvements down the road under a 4G umbrella? Who really knows. Various 4G networks are being rolled out in the incremental fashion that comes with the new pipes. About the time the push starts for 5G we’ll see 4G start to really take hold.

But there’s work that needs to be done when it comes to marrying mobile hardware to the faster networks. That work is in the area of battery life. 4G connectivity sucks the life out of batteries faster than your favorite teen vampire can turn his/her latest victim. And keep in mind this move to 4G comes at a time where we we’ve just really gotten comfortable with 3G capable devices sporting battery life that actually could get you through a day without toting extra batteries around. But those that remember the 3G roll out will be familiar with that story.

The difference now is that 4G actually has the speed to deliver on the promise of an “always connected” lifestyle. But you can’t be always on if you are worried about your battery running dry, OR (and this will become an even bigger OR in the period ahead) you’re worried about exceeding your data cap.

The net positive I spoke about earlier comes into play here. Some things need to shake out and come as close as it can to settling down in an industry that never seems to stand still: hardware design, OS design, marketing, data rate plans, and definitions. If we have, as I believe, reached a point where hardware innovation isn’t going to drive the market for a period of time than perhaps we’ll start to see things even out a little on those fronts. If I’m wrong, then it will be more of what we’re all used to currently.