Analysts at J.P. Morgan Securities who spoke to the Focus Taiwan News Channel say device shortages for the HTC One could end as early as next month.

According to J.P. Morgan, these changes, which happened over the course of the last two weeks, could boost the company’s revenue by as much as 50% compared to last quarter. 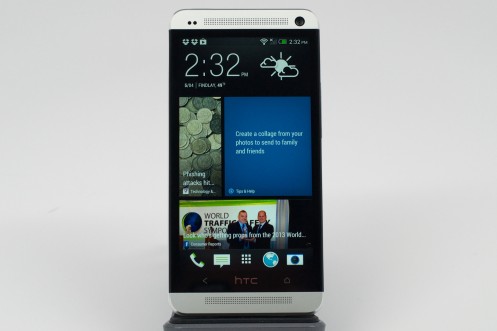 The HTC One runs HTC Sense 5 with HTC Blinkfeed and a collection of other features.

Last month, production shortages due to the UltraPixel camera included in the device were thought to be responsible for a shortfall in supply that would lead to as much as an 80% cut in the 4 million devices that HTC had expected to ship.

Read: HTC One Release Could be Hampered by Shortages

Since its announcement in March, the HTC One has become one of the few Android devices to capture the imagination of smartphone watchers. GottaBeMobile found the device to be particularly nice, remarking that, “There are few Android phones that deliver the level of build quality the HTC One offers, and this is definitely a phone that is built for use without a case.”

Because of the HTC One’s delayed launch, HTC only made $2.83 million in profit during Q1 2013. That marked a 98% drop in profitability compared to the prior year. With the ability to deliver more units to customers and the high quality of the HTC One, the company could be poised for a turn around in its financial fortunes.

The HTC One features a 1080p high-definition 4.7” display, with a 1.7 GHz quad-core processor, 2GB of memory and an enhanced “UltraPixel” camera, all wrapped in an aluminum frame. HTC has married these fairly modern internals with a brand new version of its Sense UI, Sense 5.0, that focuses on bringing communication to the forefront of users’ minds with things like “BlinkFeed,” a sort of widget not completely unlike Microsoft Windows Phone’s Live Tiles, and “Zoes,” which are quick video clips taken by the device’s software easily sharable with other users.

HTC still faces some challenges. Since it was forced to push back launches of the HTC One it will now have to contend with the likes of the Samsung Galaxy S4, the direct precursors of which became a high watermark for Android manufacturers.

The HTC One Developer Edition recently returned to the company’s online store for pre-ordering. The Samsung Galaxy S4 will begin pre-orders at AT&T on April 16.