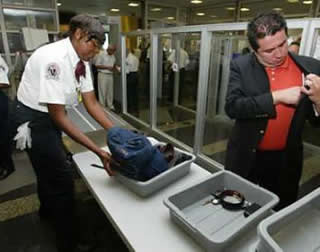 Although we never heard of this happening in any big way, it was a concern that due to Homeland Security reasons airport security could take your laptop and hold it at their discretion to search its contents. Well, it looks like that policy is now going to change, until it changes again.

A federal judge, taking a look at a case where a laptop was held for six months said that’s a no-no. Judge Jeffrey White ruling in a case of an American citizen who had his laptop confiscated when returning from South Korea. The laptop was held for “search incident to a valid arrest”, but no arrest was forthcoming and no warrant was ever issued.The big fear of privacy guardians was that not only were you subject to losing your equipment for an unspecified period of time, but that anything on your hard drive was open for inspection.

The ruling does still allow for laptops to be searched. But, I’m guessing this will all be up in the air. Again.