According to TechCrunch, Karma wants to make using 4G hotspots easier by offer 100MB of free data to everyone. Here’s how it works: users can opt to buy a $69 mobile hotspot to carry with them. Signing up gives the user 100MB of free data. Then, when the user brings the hotspot around with them others can join the open network the device produces.

Users that join the Karma hotspot’s open network have to sign in with their Facebook account. After they do, their account is given 100MB of data. To make it even better, the user who owns the hotspot also gets 100MB of free data when others sign up using their device. 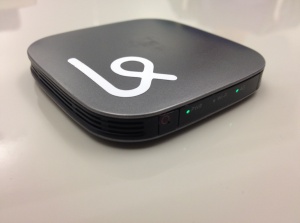 After the free 100MB of data runs out users can pay $14.99 per gigabyte, which isn’t bad for a pay-as-you-go plan. Users without Karma hotspots can also pay for the gigabyte of data to use on other users’ devices. The result could mean slower connections when multiple users are using the same device, but it does help keep the cost down, which is a good thing.

Karma uses Clearwire’s 4G WiMAX network so it isn’t as widespread as Verizon’s 4G LTE network, or as fast as AT&T’s 4G LTE network, but is likely serviceable for most users. We’d love to see faster connections, but we’ll take any inexpensive and reliable 4G hotspots, especially if they don’t require two-year contracts.

Karma has partnerships to give free units to American Airlines frequent fliers and to put on device in Uber cars, so expect to see at least a few Karma hotspots popping up in major cities.