The new Kensington KeyFolio Pro for iPad Air covers the iPad in a soft sheepskin cover that feels great and looks good. We’re not fans of folio cases that hold the iPad by sliding into a compartment like the KeyFolio Pro instead of a back snapping onto the iPad. That’s a taste preference not a quality issue. For people who don’t mind the added thickness, this case works well and protects the iPad with a professional quality case and design. The iPad and case will fit the lifestyle of professionals who want to use their iPad as a laptop replacement. 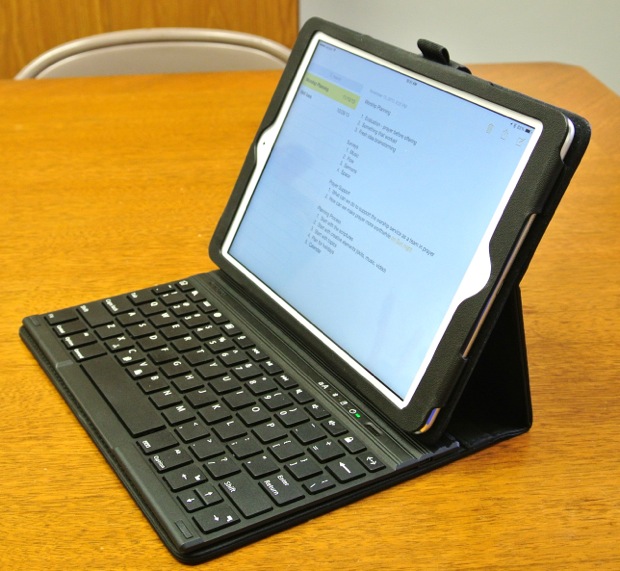 The keyboard works well and feels good for touch typing for normal sized hands. It feels narrow and cramped for people with large hands. 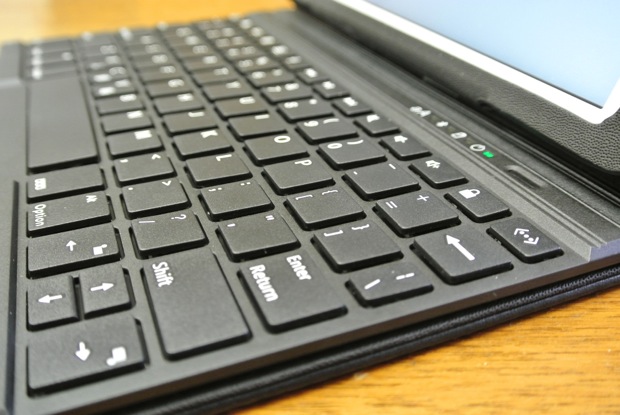 We like that the keyboard comes out of the case easily thanks to magnetic attachment. Users can put the iPad at lower angles thanks to removing the keyboard. The user must pull with some force to get it out, so it won’t slide around or fall out easily. The keyboard feels comfortable. Since the iPad Air measures slightly smaller than previous generation iPads, the design makes the keyboard slightly narrower. We couldn’t tell the difference. 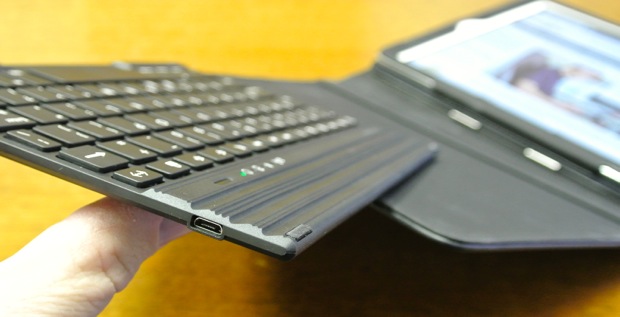 The updated keyboard comes with some nice features, including shortcut keys for the typical function like media play buttons, volume and mute buttons, a home key and lock key. We also get a new key to engage the multi-tasking view that shows the app icons and thumbnail view of each app screen. Instead of double tapping the iPad home button, use this key next to the space key.

Kensington sells a Plus version of the keyboard. It comes with backlit keys in one of seven colors. We didn’t review that one, but like the option for an extra $20 over the base price of $99.95 when buying direct from Kensington making it $119.95. Amazon sells the Plus for about $100 and the one without the backlit keys for only $80. 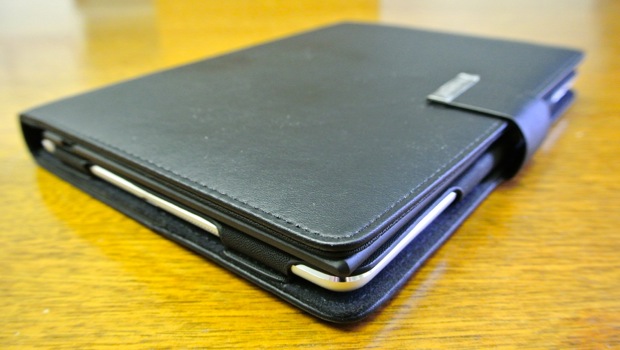 The KeyFolio Pro for iPad Air doesn’t use the magnetic wake/sleep function despite all the magnets built into the case. The case holds the keyboard in place with a magnet. The flap that holds the KeyFolio Pro closed uses a magnet. Why not put a magnet along the edge to put the iPad to sleep when closing the case? 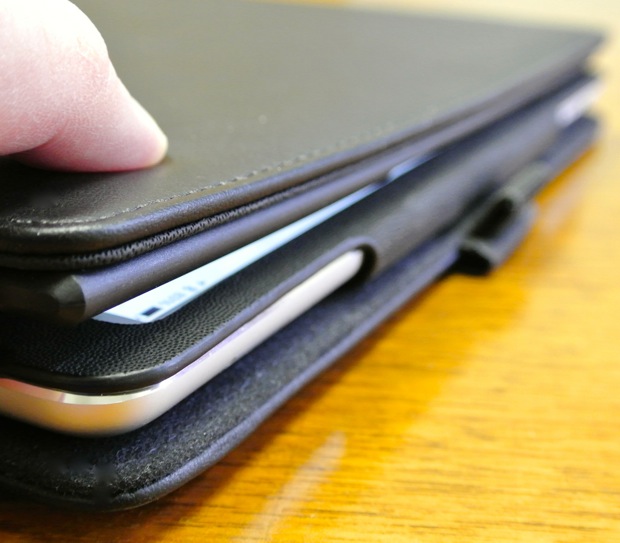 If an iPad owner likes a thin case, then they should get a separate keyboard to pull out only when needed. People who don’t mind a thick case will enjoy the Kensington KeyFolio Pro if they get it for the price Amazon sells the case. 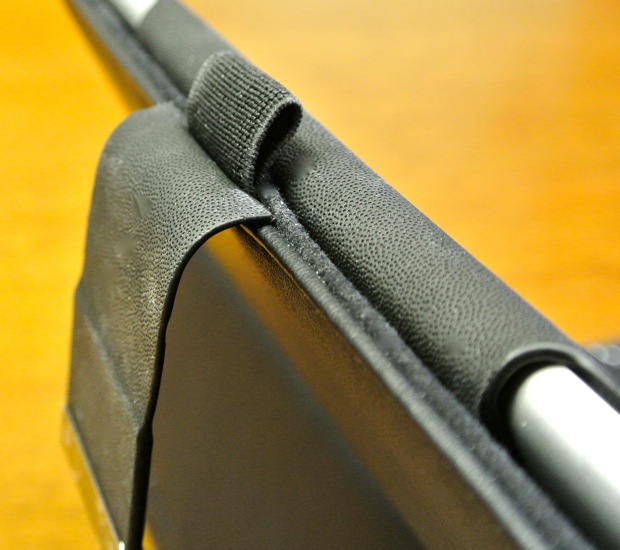 The case includes a stylus slot, but its very thin so my Kensington stylus doesn’t fit.