In trying to avoid debates about whether the hardware and software on the Xbox One or the PS4 is better, Assassin’s Creed Unity developer Ubisoft may have just walked into an even bigger firestorm. New details about Assassin’s Creed Unity have revealed that when the game launches both will run at the same resolution, even though theoretically the PS4 is cable of outperforming the Xbox One version. 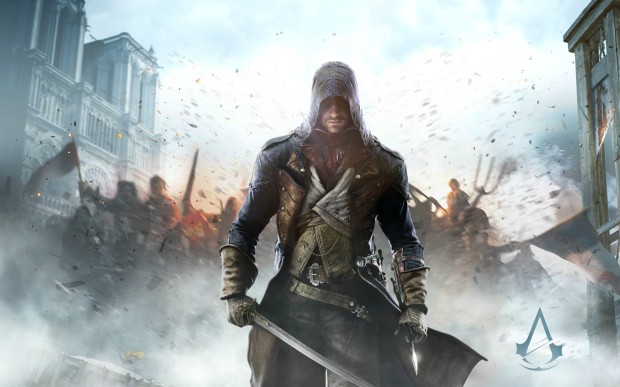 Talking to VideoGamer Ubisoft senior producer Vincent Pontbriand said that the company “decided to lock them at the same specs to avoid all the debates and stuff.”

“Technically we’re CPU-bound. The GPUs are really powerful obviously the graphics look pretty good, but it’s the GPU [that] has to process the AI, the number of NPCs we have on screen.”

He goes on to describe a situation in which Ubisoft was limited in what it could do because of the CPU included in on or more of the consoles that Assassin’s Creed Unity will be available on. According to Pontbriand, the issues come down to the game’s AI or artificial intelligence. In order for the characters in the game to be as smart as they are, a certain amount of CPU is required to process their actions. Without AI, Assassin’s Creed Unity “could be running at 100 frames per second,” Pontbriand says.

Assassin’s creed Unity will have a resolution of 900 pixels and be upscaled to 1080p for both the Xbox One and PS3. It’ll also run at 30 frames per second. Both of these specifications match what was available in Assassin’s Creed 4: Black Flag last year. Typically games with a higher resolution and frame rate look more lifelike. By locking everyone to the same frame rate Ubisoft is, theoretically, forcing users to pick up a game that could look better without much hassle.

Ubisoft doesn’t come out and say that it’s the Xbox One holding up the higher resolution for PS4 owners, but it’s worth noting that last year’s Assassin’s Creed 4: Black Flag for PS4 was eventually patched to run at 1080p – the maximum high-definition resolution available on most televisions and displays. The Xbox One version was never patch – hence the outrage.

PS4 gamers now boycotting Assassins Creed Unity, lmao, what the hell are they going to play if they keep turning on the Multiplats!?

By locking both the games at the same resolution, Ubisoft is able to guarantee that all players of Assassin’s Creed Unity get the same experience. In theory, no buyer on either console should feel slighted that the other console owners are somehow getting a better experience for the same amount of money. Of course, Ubisoft’s decision counts on all users still purchasing the game. Enthusiasts may be outraged, but in theory it’s very unlikely that the locked resolution and frame rate will have a huge impact on sales. In order to do so, Ubisoft’s decision would have to harm the experience in some huge way. By all accounts, casual gamers – who will line up to pick up Assassin’s Creed Unity in droves—don’t care about resolution and frame rate unless they’re seriously bad. 30 frames per second and a 900 resolution are hardly the worse things that can happen to a game.

It’s graphics and resolution might not be big improvements over what we saw from last year’s entry, but Assassin’s Creed Unity does include some advancements in other areas. With this new generation of consoles Ubisoft has been able to create a more dynamic intelligence for in-game characters. Additionally, Assassin’s Creed Unity players can move inside and outside areas without the loading screens that plagued past versions of the game. Players will be able to climb up and down from wherever they are too. Getting down from towers and buildings in older games in the series required haystacks to be scattered through the game environment.

Read: Assassin’s creed Unity Special Editions: Which Should You Buy?

Thanks to a delay, Assassin’s Creed Unity will now launch on November 11th. The game will only be available on the Xbox One and PS4. Xbox 360 and PS3 users will be able to pick up Assassin’s Creed Rogue on launch day instead.