With Windows 10 for smartphones and tablets preparing to launch over the next two months, were learning more about Microsoft’s plans for new hardware. According to a new report, Microsoft has two Lumia smartphones in the works designed to act as perfect iPhone 6 alternatives: Cityman and Talkman. Reportedly, both of these smartphones will let users connect a monitor and a Bluetooth keyboard so that users can turn them into desktop PCs complete with apps and a web browser.

A report out this week from Windows Central seemingly spills all the relevant details on Microsoft CityMan and Microsoft Talkman. The breakdown includes everything from the specifications to the special features buyers can expect when they arrive on store shelves sometimes this fall. 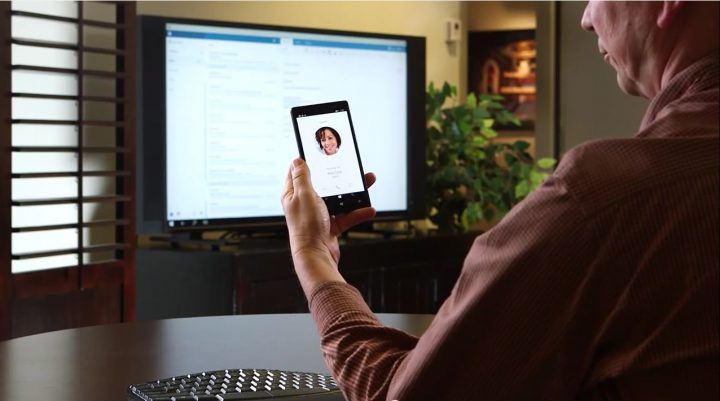 Microsoft Cityman and Microsoft Talkman will break from Microsoft’s trend of competing with low-end Android smartphones. These new devices are tailor-made for someone looking to pick up an iPhone 6 alternative. Allegedly, both will support an accessory that lets users get a more familiar version of Windows when connected to a monitor and keyboard. Called Continuum, Microsoft showed this Windows 10 operating system feature off at a press event earlier this year.

According to the report, the Microsoft Talkman is the iPhone 6 alternative for those who want a reasonably screen size. It’ll come in either white or black and pack a 5.2-inch WQHD OLED display for deep blacks. With a resolution of 1440 x 2560, video and just about anything else on this device’s screen will look amazing. Users can look forward to 3GB of RAM, 32GB of storage space with a MicroSD card slot, a 20 megapixel rear-facing camera with PureView imaging technology and a 5 megapixel camera to talk self-portraits with. 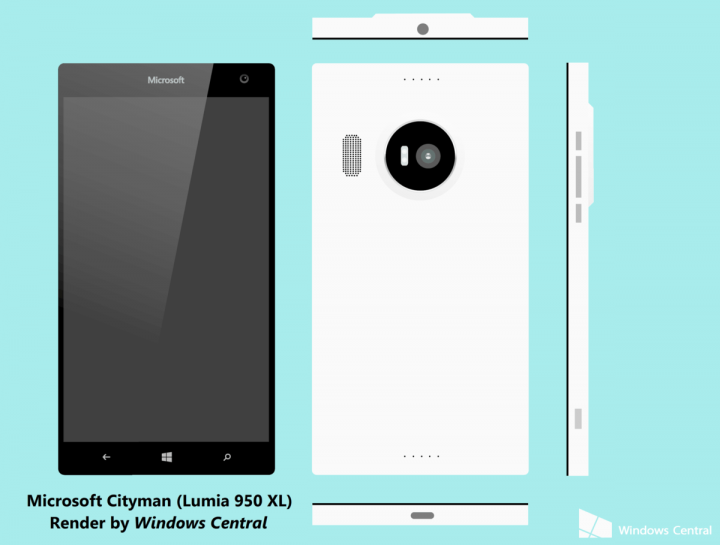 A mockup of Microsoft Cityman, created by Windows Central.

Allegedly, this iPhone 6 alternative will be one the most powerful Windows phones the world has seen yet. A Snapdragon 808 processor. The Microsoft Talkman will have features even the iPhone doesn’t, like support for MicroSD SD cards and wireless charging. Instead of having a fingerprint reader, this device will include an Iris Scanner for quick access. Microsoft could embrace USB Type C with this device to, just as Apple has in some of its newer machines. This device could be called the Lumia 940.

Acting as the iPhone 6 Plus alternative in Microsoft’s Windows Phone line-up this fall is the Microsoft Cityman or what the report also refers to as the Lumia 940 XL. Also in white or black, the Microsoft Cityman will include a whopping 5.7-inch WQHD OLED display with a 1440 x 2560 resolution. Instead of featuring a Snapdragon 808 processor, this iPhone 6 Plus alternative sports an extremely powerful Snapdragon 810 processor with 8 cores. The iris scanner for Windows Hello, 3GB of RAM, 20 megapixel rear-facing camera and 5 megapixel front-facing camera are all the same with this model. Even the 32GB of storage and MicroSD card support stick around.

There are some key differences though, wireless charging is integrated into this device rather than being an add-on. Second, three LED flash modules will sit on the back of this model for better low-light picture taking. Allegedly, Microsoft is planning to stuff support for its full-size Surface Pro pen into this iPhone 6 Plus alternative, effectively guaranteeing comparisons to the Samsung Galaxy Note too.

Continuum basically allows users to consolidate the amount of devices they are carrying. At least, that’s the way Microsoft pitched the feature at its event. It’d be a completely unique feature for Microsoft’s devices, something we haven’t seen for the company for a while. When connected to the $99 accessory, the device gives you the standard Windows desktop, you have to pair a keyboard, but you can use the device’s touchscreen itself as a mouse replacement.

The last major Windows Phone to arrive was the Nokia Lumia 930 back in 2014. There’s no word on price for either iPhone 6 alternative.